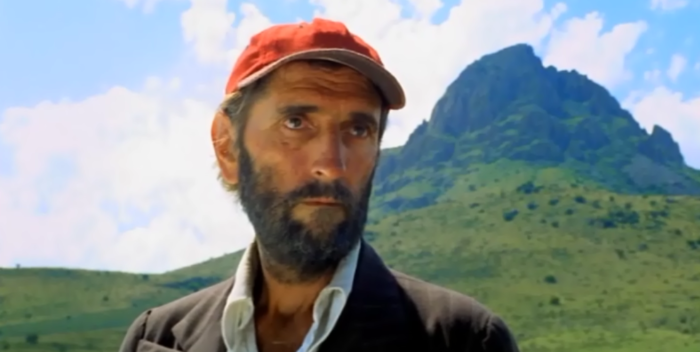 By now you may know that Harry Dean Stanton has died at the age of 91. He was an enigmatic character actor who was Jack Nicholson’s best friend, a hero of Sean Penn and David Lynch, and a guilty pleasure kind of character actor you always looked forward to seeing in a movie.

He made a lot of movies, too. Harry Dean started in the classic TV era in the late 50s, and appeared in show after show. He had a kind of dry humor and wan look that made him an easy casting as a fallen soldier, an alcoholic, a grifter. He always looked worn out and later that gave him a kind of wisdom that stretched across his angular face. As recently as this summer he was in several episodes of David Lynch’s “Twin Peaks” reboot (for no apparent purpose except to be himself). At his death he still had two movies in the can including “Lucky,” which co-stars Lynch.

Harry was a cult figure in Hollywood until the early 80s when he finally hit it big in Alex Cox’s clever indie film, “Repo Man.” He followed that with Wim Wenders’ “Paris, Texas,” and “Stars and Bars” (with Daniel Day Lewis), John Hughes’s “Pretty in Pink,” and so on. Suddenly he was one of those guys we were looking for in hip films. Those would come to include David Lynch’s “Wild at Heart,” and “Twin Peaks: Fire Walk with Me” (in which he originated Carl Rodd). He had an outlaw quality that appealed to Hollywood bad boys like Penn and even Charlie Sheen.

Movies won’t be the same without Harry Dean Stanton. But even as a character actor he’d be worth a tribute festival. His arc in film history represents some of the best work ever. He will be sorely missed.