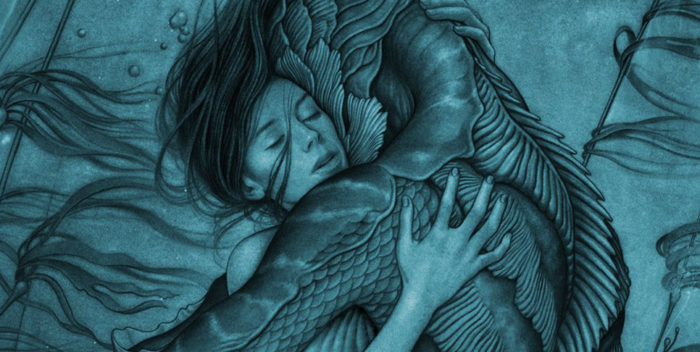 We started the Toronto Film Festival with “Call Me By Your Name,” a gay love story in which the characters sexually abuse a peach.

On Monday came Guillermo del Toro’s “The Shape of Water,” in which Sally Hawkins– that nice girl from England– gets it on with a sea monster. She also goes full frontal. That’s not the Sally Hawkins of the past.

Scientists have captured this sea monster but he’s no blob. He looks like a sexed up version of C3PO from “Star Wars.” And although he’s got gills, and kind of monstrous face, it also seems that all that swimming has been good for him. He’s in excellent shape.

Hawkins and Octavia Spencer are the female janitors at the government facility where the monster is being held. Michael Shannon is the evil doctor who wants to perform experiments. Shannon also has it in for the two cleaners because they want to treat the sea monster like a person.

If this sounds familiar it’s because in many ways it is. There are large doses of “ET,” “Splash,” and more recently, “Stranger Things.” But del Toro adds just enough of his signature style to make “Shape of Water” his own. The soundtrack is exceptional, and the tap dancing in kind of a Busby Berkeley number has to be seen. There’s also top notch supporting work from Richard Jenkins and Michael Stuhlbarg.