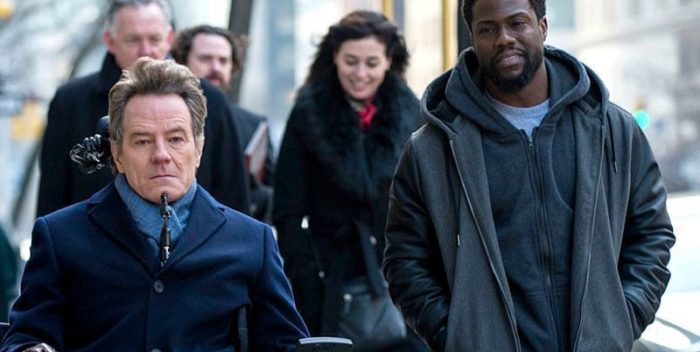 Day 2 in Toronto started with a disappointment but then all systems were ‘go.’ George Clooney’s “Suburbicon” didn’t work out the way it was supposed to. More on that later.

In succession there were three pretty terrific offerings. First “The Florida Project” starring Willem Dafoe and a cast of newcomers was absolutely charming. Sean Baker’s follow up to “Tangerine” couldn’t be lovelier. The Indie Spirit and Gotham Awards should eat it up. It’s sort of like “Beasts of the Southern Wild” set in Orlando at Disney World.

Then Aaron Sorkin made his directing debut from a script he wrote adapting the memoir “Molly’s Game” by Molly Bloom. Jessica Chastain is simply sensational as Molly, with Idris Elba and Kevin Costner doing excellent supporting work. Chastain should reap an Oscar nomination– and maybe a win. Sorkin’s writing is actually musical. His screenplay shines as usual. What a thrill all the way around.

But then the big surprise was Harvey Weinstein’s rabbit out of a hat. Neil Burger directs the American version of “The Intouchables,” now called “The Upside.” Bryan Cranston, Kevin Hart, and Nicole Kidman star, with a disarming cameo by Julianna Margulies. No one thought this remake would work, and no one believed Kevin Hart could act. But guess what? Harvey Weinstein has a potentially huge hit here.

Big news: this film will have an Oscar qualifying run the last week of December. It’s that rarest of hybrids– a commercial and critical success, and a comedy to boot. “The Upside” has no downside. Wonderful work by all involved. Burger, whom I’ve always admired, hits every right note. Cranston and Hart have a wonderful rapport. Kidman is luminous– and she dances in the film!

Value added: I’m not sure she knows this, but three Aretha Franklin tracks are heard, she’s referred to in the film as The Queen. Her recording of “Nessum Dorma” is a big part of the movie.