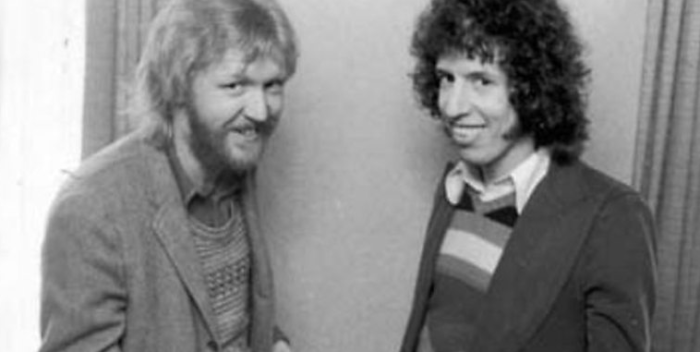 Tennis fans: the most constant commercial playing during the US Open seems to be the IBM Cloud spot. And that insistent rock music playing on it is worth nothing.

The song is “Jump into the Fire,” written and sung by the late Harry Nilsson in 1972. It was the third hit single from his “Nilsson Schmilsson” album produced by Richard Perry. The album was a smash, and nominated for Album of the Year at the Grammys. Other recognizable hits from the album are “Without You” (covered years later by Mariah Carey) and “Coconut.”

Perry– the most successful pop producer of the 70s– had an an all star lineup for “Schmilsson.” You’re hearing Beatles sideman Klaus Voormann on bass, Chris Spedding on guitar, John Uribe on guitar, Herbie Flowers on bass, and Jim Gordon on drums. Gordon’s incredible solo is featured on the long version below of “Jump into the Fire.”

Anyway. “Nilsson Schmilsson,” like Richard Perry productions with Carly Simon, Ringo Starr and the Pointer Sisters, is among the high water marks of pop music. So a tip of the hat. Forty five years later, “Jump into the Fire” sounds brand new.

PS The pair also made a hit sequel, “Son of Schmilsson,” which had the hits “Space Man” and “You’re Breaking My Heart.” It also featured my guilty pleasure Nilsson song, “The Lottery Song.” Nicky Hopkins plays piano. Absolute perfection.