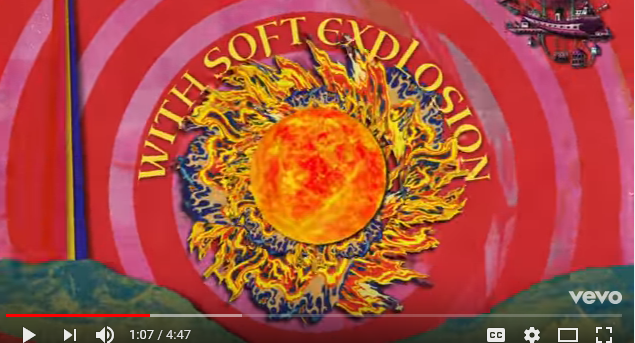 The Rolling Stones are about to have a 50th anniversary moment with the release of a special box for “Their Satantic Majesties Request.” All pre 1971 Stones records come from ABKCO– the Stones have nothing to do with it.

However: ABKCO has done a very good job repackaging what they own and administer. This box is excellent even if the album is a weird choice. “Satanic Majesties” has just one well known song, “She’s a Rainbow.”

The album was released in December 1967 as a come back by the Stones to the Beatles’ “Sgt. Pepper” colossus. The Stones produced it themselves– the only time they did such a thing. They almost immediately disowned it. John Lennon and Paul McCartney actually sing on it. They also sang on a single that should be here but isn’t — called “We Love You.” That song was never put on a proper album.

It turns out that “Satantic Majesties” is much better and more interesting than anyone thought. It was criticized for being psychedelic, and the Stones were not that at all– they were blues and rock and roll. But they tried it. “2000 Light Years From Home” totally presages “Rocket Man” and “Space Oddity.” Who knew? So ABCKO commissioned a lyric video with art from Michael Cooper, who photographed the original 3D cover (which is now reproduced on the box). Cooper was famous for creating the “Sgt. Pepper” cover, probably the most famous cover in record biz history.

“2000 Light Years” has aged very well. And the video is ultra cool. More to come about “Satanic Majesties.” And now I’m really interested in how ABKCO will handle the other albums like “Let it Bleed” and “Beggars Banquet.” There must be bonus tracks, outtakes, etc.