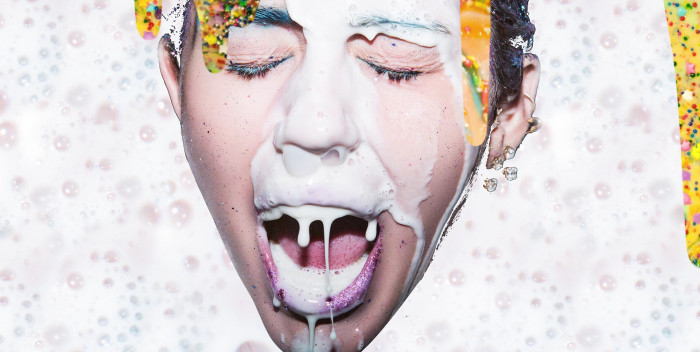 On Friday, Miley Cyrus released the title track to her upcoming album, “Younger Now.” It was accompanied by a video. For a minute it went onto the iTunes chart, and rested around number 18.

“Younger Now,” which is totally G rated and a little obscure, has fizzed out. And fast. That’s not good since it’s the title track from an album that’s still more than a month away from being released.

“Younger Now” was supposed to be a signal that Miley had dropped her wrecking ball. She had a big hit with “We Can’t Stop” but apparently she can stop– and she has stopped– being interesting.

The 2015 Miley– sexy, provocative, outspoken — clicked with the “Hannah Montana” fans who aged along with her. But now Miley wants to go back to “Hannah Montana” and good clean living. But the mixed signal 2017 Miley has totally thrown her fan base. You can’t lick Robin Thicke and then go back to licking lollipops. Doesn’t work that way.

So now what? The message has definitely been changed. Miley is touring with her dad. She’s singing with Dolly Parton. Her website is inviting young girls to upload their pictures into a frame.

This is seems like a huge accident unfolding. The irony is Miley has a fabulous voice, and could be a great country star like Dolly or Reba or Faith Hill or Trisha Yearwood. That’s fine. If the “Younger Now” album collapses the way the single has, Miley will be lucky to find her retreat there.