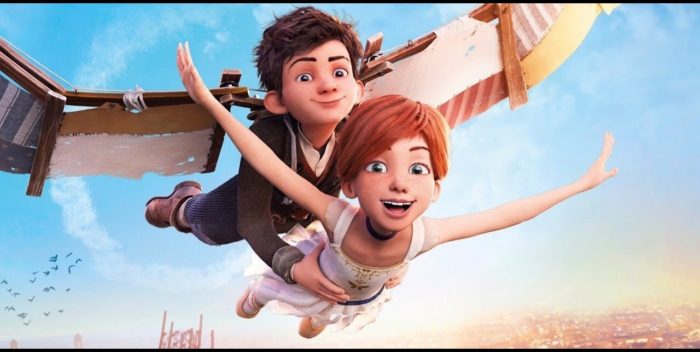 “Leap!”—directed by Eric Summer and Eric Warin– is a clever Swan Lake for kids with lush animation. But it’s also a lot of fun for adults. A hit all over the world, “Leap!” has been smartly recast with American actors who bring their own sensibilities starting with Elle Fanning as Felicie, the young heroine trapped in a French orphanage in late 1880s Normandy. She dreams of being a prima ballerina in Paris. But that means escaping the confines she’s known since childhood. Wait til she meets a cast of characters in Paris, some who help and many who hinder her trajectory to fame and happiness.

Fanning — who’s become the go-to late teen actress–  plays it straight and lovely so the gang of scene stealers around her can do their bits. Kate McKinnon– playing three roles but mainly the deliciously evil Regine LeHaute — is an essential addition to the canon of wicked witches like Cruela deVil and Cinderella’s stepmother. (McKinnon can do no wrong, and luckily Regine seems like she was drawn just for her.)

The great Mel Brooks is hilarious as the proprietor of the Normandy orphanage from which Felicie (Elle Fanning) wants to escape. (He has at least one line that made me laugh out loud. Wait for it.) Felicie has competition in Regina LeHaut’s daughter, Camille (a lovely sneering Maddie Ziegler). Luckily, Felicie also has some supporters– a bff In Victor, a young budding inventor (Nat Wolff) and a mentor in Odette (Carly Rae Jepsen).

There isn’t a little girl in America who won’t want to be Felicie or identify with her. It’s a story old as time, to quote another animated classic. And guess what? It still resonates with every new generation.