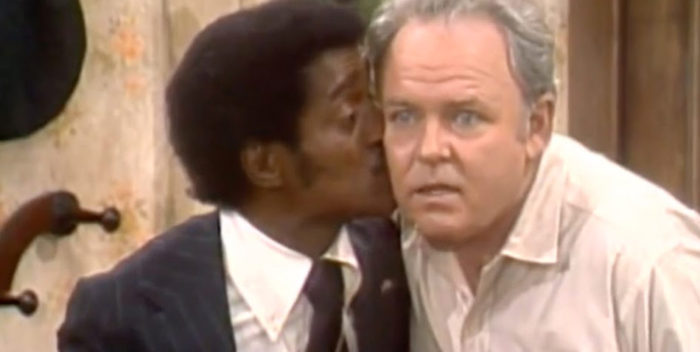 This is my favorite Tweet of the day from the nut house. Much better than anything from Trump himself. Trump’s in house counsel in Trump Tower (built, by the way, on a lie after Trump knocked down Bonwit Teller and destroyed its landmark doors) Michael Cohen– Just because he supports Trump doesn’t make him a racist. So he posts a lot of photos of himself with black people. The message: “A lot of blacl people are my best friends.” I can’t help thinking of Sammy Davis, Jr. kissing Archie Bunker. Norman Lear must apoplectic at this point. They finally give him a Kennedy Center award and he’s not going to go near it. Cohen is just absolutely clueless. This is so embarrassing.

As the son of a holocaust survivor, I have no tolerance for #racism. Just because I support @POTUS @realDonaldTrump doesn't make me a racist pic.twitter.com/lfIwdosreE