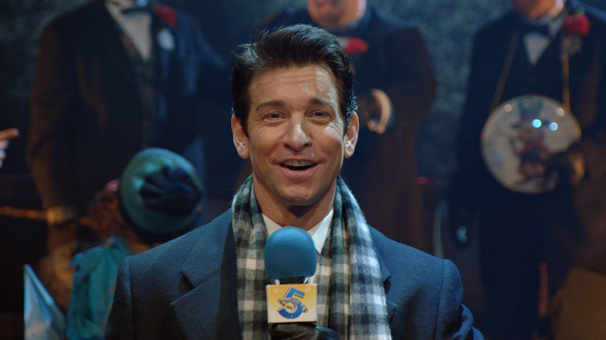 Congrats to the PR team behind “Groundhog Day” on Broadway. The musical was faltering at the box office after not receiving any Tony Awards. Summer can be a killer on Broadway– just ask “Bandstand,” which just put up closing notices, and “The Great Comet,” which committed suicide.

So what to do? Bring in Bill Murray, star of the movie “Groundhog Day.” Make a BIG deal of it. Have him carry on, cry, interact with the audience. Murray had not seen the show since it opened, but he’s more identified with it than Tony nominee Andy Karl, who’s doing a great job.

During Tony week, June 11th, “Groundhog Day” was its peak box office with around $936,000 for the week. But no Tonys came, so the ticket purchases slowed down.For the week ending August 6th, they were down to $607,345.

And then came Bill. He went to the show two nights in a row last week. He made the New York Times, Page Six and everywhere anyone could think. He met with the cast, cried, carried on, gave speeches. And that was just the first night. Then he went back again. Just like the plot of “Groundhog Day.” Genius!

It’s like Bill Murray waved a magic wand. Will it have a lasting effect? Will they bring in Andie McDowell next? An actual groundhog?

The “Groundhog” team will have to keep pumping out the Murray publicity if they want to stay alive. I do hope Bill gets something out of it. But knowing him, he just did it as a lark, to help them out. Good for him. Maybe he’ll get a cut if they ever recoup. It’s very hard out there unless you’re “Evan Hanson.”