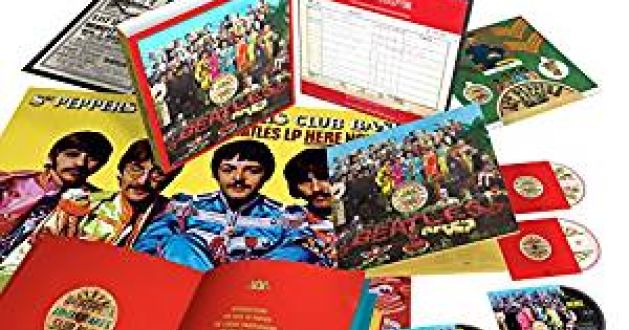 The Beatles released their “Sgt. Pepper” 50th anniversary box set back on May 26th. It went straight to number 1 and then hung on in the top 10 for about a month. The set retails for $117.99 on amazon.

Almost three months later, “Sgt. Pepper” is still rocking! According to hitsdailydouble, the box set sold 4,749 copies last week– up 6% from the previous week, and finished 34th out of the top 50. The box set sold more copies than Harry Styles, Metallica, or SZA.

A lot of the continued support has to come from the Beatles channel on SiriusXM– a great idea, by the way. Once you turn it on, you’re hooked. Plus, Paul McCartney is touring and Ringo Starr will begin to shortly. The two former Beatles are getting lots of press and they’re each doing promos for Sirius.

The next Beatles 50th would be “Magical Mystery Tour” in November. No doubt the folks at Apple and Capitol are planning something. After the “Sgt. Pepper” success, why not?