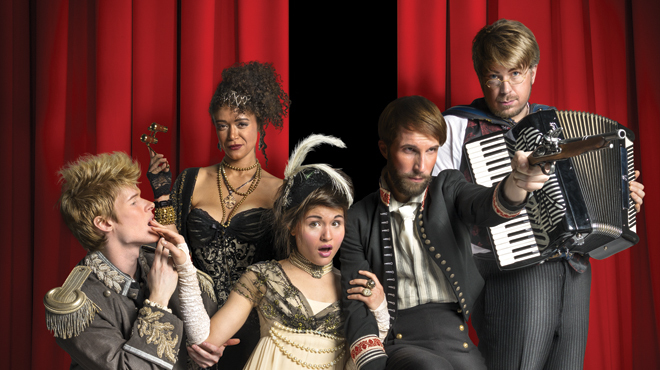 “The Great Comet” aka “Natasha, Pierre and the Great Comet of 1812” is closing on September 3rd, the victim of stupidity. It was killed by political correctness, bad producing, and really bad PR.

I first saw “The Great Comet” on Gansevoort St. in a tent. It was dinner theater and quite amusing. Then it moved to a tent on West 45th St. When it was finally moved to the Imperial Theater on Broadway, pop star Josh Groban starred as Pierre. The box office was great. He and the show received Tony nominations.

But Groban could only stay so long. The producers knew this in February when they announced his replacement:  a totally unknown actor from “Hamilton” named Okieriete “Oak” Onaodowan. I’m sure he’s very talented, but he’s not a star or even a name anyone knows. Why did the producers think replacing Josh Groban with such a person– regardless of color or nationality– would be a good idea? Beats me.

If there was some push to get a black Pierre, why not Brian Stokes Mitchell? Norm Lewis? Leslie Odom, Jr?  James Monroe Inglehart, from “Aladdin”? Did no black star want to do it? What about Usher? Jamie Foxx?

So then came “Oak,” as he is known. But he is known to few.  So the box office literally went off a cliff. Overnight, the show dropped from an average $1 million a week take to around $840,000. The producers realized “Oak” — despite his great talent– was not drawing a crowd. The idea came to ask Mandy Patinkin to step in. Even for three weeks, that would get the box office back up and more.

But political correctness stepped in. Replace a black actor with a white actor? There was an outcry. Patinkin, who would have been a great Pierre, pulled out. It didn’t matter that Oak, the black actor, had replaced Groban, a white actor. The whole thing is crazy. This had nothing to do with color. It had to do with saving the show. Theater is color blind. But it’s not star blind. This show required a name on the Marquee. Maybe Oak could have come back after Patinkin righted the ship.

But now, with no Mandy, no Oak, no nobody of an color, “The Great Comet” will close. All those jobs down the drain. And for what? Botched PR. Botched producing. Nobody wins, everyone loses. What a shame.