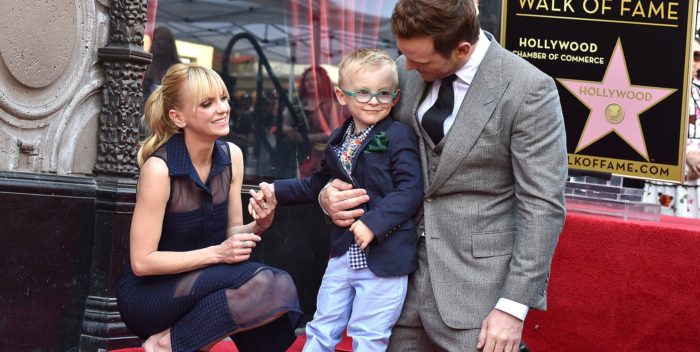 Hollywood is no place for marriage, especially when two ambitious actors are involved. Now Chris Pratt, star of “Guardian of the Galaxy” and “Jurassic World” and Anna Faris, star of TV’s “Mom,” are calling it quits. They were married eight years and have a four year old.

Another one bites the dust. On Facebook– where else?– Pratt made the announcement:
Anna and I are sad to announce we are legally separating. We tried hard for a long time, and we’re really disappointed. Our son has two parents who love him very much and for his sake we want to keep this situation as private as possible moving forward. We still have love for each other, will always cherish our time together and continue to have the deepest respect for one another.

Well, this was a hyped celeb coupling, that’s for sure. It was used to promote a lot of interviews. Except for one– curiously, last January Pratt mentioned Faris only in passing in his Vanity Fair cover story. That should have set off alarms. It was like she didn’t exist. That must have gone over big time.

In March Buzzfeed– cynical Buzzfeed— even profiled the happy couple.

In April, Faris gushed all over the place when Pratt got his star on the Hollywood Walk of Fame:

Pratt also really played up being a Born Again Christian. He was ‘saved.’ That didn’t seem to help his marital situation. Of course, it shouldn’t be forgotten that when this couple met, she was married to another actor.

So much PR gone to waste. Who’s next? (And best song from that album– Won’t Get Fooled Again.)