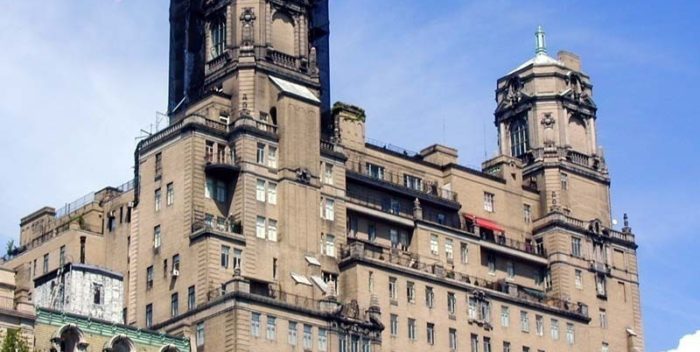 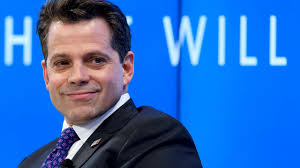 EXCLUSIVE: The Mooch was mooching on his close friendship with Fox News’s Kimberly Guilfoyle’s well before his wife filed for divorce. I’ve confirmed that in June — a few weeks before his life blew up publicly– Anthony Scaramucci was turned down by the co-op board at the tony Beresford apartment house on Central Park West. The woman with whom he approached the board was not his wife, but Fox News’s Kimberly Guilfoyle, who lives in the building on the 3rd floor in a $3.4 million apartment.

Scaramucci actually bought the apartment–on the 20th floor with breathtaking views and eight rooms (three bedrooms, three bathrooms)– for $8.9 million. The apartment is still marked “In Contract” on Street Easy. The Mooch was getting a good deal, too. The original asking price in March 2016 was $10.5 million.

Past and present tenants of the Beresford include Jerry Seinfeld, John McEnroe and Patti Smyth, Calvin Klein, and Meryl Streep. It’s one of the poshest buildings in the city and among the top two or three addresses on the Upper West Side (the Dakota still outranks it).

After he was turned down, Scaramucci is said to have approached other similar buildings on the Upper West Side with Guilfoyle by his side. Sources I’ve talked to were confused, thinking Guilfoyle — ex wife of Gavin Newsom, former mayor of San Francisco– was his wife. (This was before the Mooch’s fame skyrocketed him to a national platform.) That seems to have been one reason, at least, for the Bereford turn down.

“They didn’t understand if he was in the middle of a divorce, or what was going on,” says a source. “It seemed like she was his girlfriend and he was getting divorced.”

Another source observed: “If he was turned down in June, he was looking for a place at least in May.”

As it turned out, Scaramucci’s actual wife, Deidre Ball, filed for divorce on July 6th on Long Island. At the time she was nine months pregnant with their second child. Their older kid is three years old.

It’s unclear if Ball knew her husband was shopping for a new apartment in June, and that Guilfoyle was involved. Her attorney had no comment yesterday and could not be reached today. When I emailed Guilfoyle today, I received a mobile phone call from someone named “Sean” who asked who I was and said he’d received a text to call me. On checking, the number– which came up as “Fox News Channel”– belongs to Sean Hannity.

Scaramucci was appointed White House communications director in late July. An incendiary interview he gave to The New Yorker , coupled with news of his divorce, followed immediately. He lasted 10 days on the job. The Mooch was removed by new Chief of Staff General John Kelly with approval of Donald Trump, who appointed him.

Trump and Scaramucci were together at the Boy Scouts Jamboree speech on July 24th when Ball delivered their child. Scaramucci sent her a congratulatory text. According to reports, he didn’t see the baby for six days.

In the Jamboree speech, Trump said: “As the Scout law says, a scout is trustworthy, loyal — we could use some more loyalty I will tell that you that.”

Updates will be added as needed…