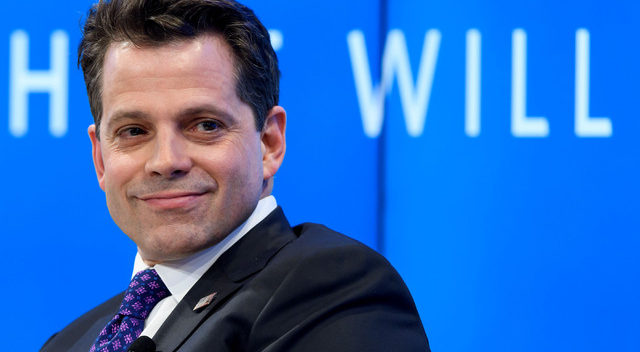 Queen fans are having a ball this afternoon with the name of Donald Trump’s new communications director, Anthony Scaramucci.

am i the only one who sings 'bohemian rhapsody' when they read the new communication guy's name? #scaramouche #youarewelcome4theearworm

Hoping a WH reporter will one day ask: "Scaramouche, Scaramouche, will you do the Fandango?" 😂

His Italian last name is derived from the Italian scaramouche. Probably every human who listens to the radio and is under 65 has one immediate reference when they hear that word: Queen’s epic classic “Bohemian Rhapsody.”

Do you know that Scaramouche is a clown in Italian Punch and Judy shows who gets his head knocked off by Punch? Really. Hey, Donald. Do it.

Still no mention of the new communications director's Fandango capabilities.

In Italian, a Scaramouche is like a court jester. He’s considered the clown of the Italian comedia della’arte.

There was no greater Scaramouche than Scaramucci’s predecessor, Sean Spicer. Melissa McCarthy did the fandango– a cute little dance for two– on her, to great applause.

Of course the main refrain of “Bohemian Rhapsody” is “nothing really matters/to me.”

We’ll see how that holds up in the coming weeks!