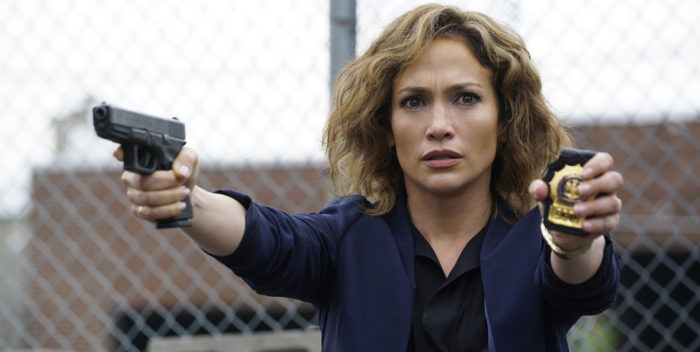 Jennifer Lopez’s return to movies is a remake, essentially, of movies she’s already made. Why in the world she would star in “Second Act,” directed by Peter Segal (50 First Dates, Anger Management, Get Smart) is just mystifying.

According to the press release, the STX production:

“Second Act is a romantic comedy in the vein of “Working Girl” and “Maid In Manhattan”– which Lopez has already starred in.  “When a big box store employee reinvents her life and her lifestyle, she gets the chance to prove to Madison Avenue that street smarts are as valuable as a college degree, and that it is never too late for a Second Act.”
Haven’t we seen this movie? Plucky girl that no one gives credit to has great idea and becomes a hero. And if we’re making it again, shouldn’t it be on the Hallmark Channel? Or Lifetime? Eck!
Lopez is better in a setting like her TV show, “Shades of Blue,” where she can be tough and edgy. Another one of these “women’s empowerment” comedies is unnecessary. All the people involved should stop right now and re-think this. I can already write the box office report for “Second Act” and it’s not good.
PS I know all the people involved in this are well meaning, but please, stop– you can do so much better.