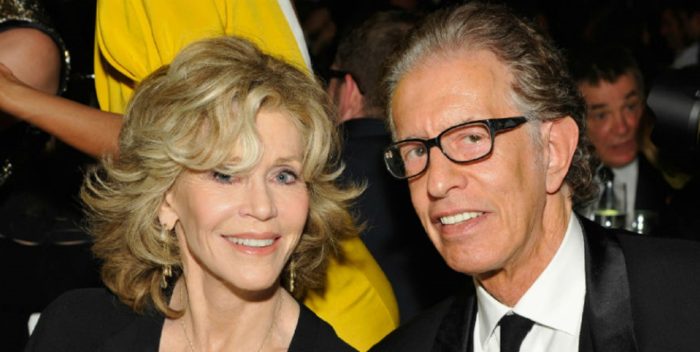 Richard Perry turns 75 today out in L.A. Happy Birthday! Perry is regarded as the most successful record producer of the 1970s and 80s, with plenty before and after.

In 1971, it was Richard who organized the Beatles’ “reunion,” bringing John, Paul, and George onto the “Ringo” album– the album with smash hits “Photograph” and “Oh My My.” John Lennon wrote Ringo’s “I’m the Greatest,” which you can hear on Sirius XM’s Beatles channel almost constantly. Richard also persuaded Paul and Linda McCartney to record with Carly Simon and James Taylor. He also got Mick Jagger to do the famous backing vocals on “You’re So Vain,” which was a coup.

Perry has always been one of the most popular guys in Hollywood. He dated Cher and Tina Turner. He and Jane Fonda have been significant others for the last 7 years, living together for most of that time.

Maybe you noticed– Richard and Paul McCartney share the exact same birthday. So this was all meant to be.

Happy birthday, Richard! Here’s to more music– and to maybe seeing your memoir published in the next year. (I’ve read some of it, and it’s a real history of hip rock from that era.)