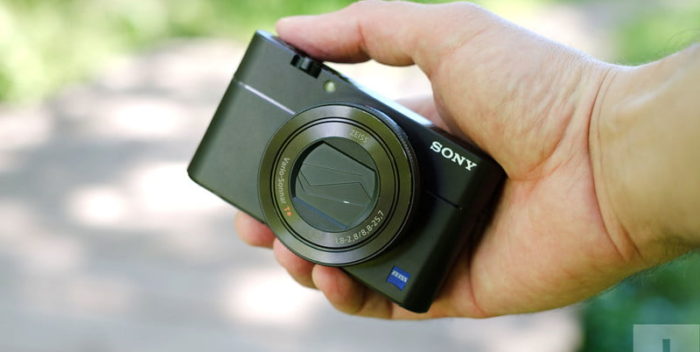 Sony, once home of the Walkman, the most popular music playing device in the world, is struggling with hardware.

Even Sony knows that, so what to do when characters in Sony movies want to take pictures? In real life, 99% of all human beings whip out a smart phone with a camera.

Not so in “Rough Night,” a comedy Sony/Columbia Pictures will release on Friday starring Scarlett Johansson and Kate McKinnon.

Lacking a smart phone with camera, the ladies (including Zoe Kravitz and Jillian Bell) take selfies and group pictures with a Sony RX point and shoot, average retail price around $500. Of course, it’s preposterous. No bachelorette party of snarky gals would be lugging around a real camera. They’d be using smart phones. But it’s a Sony corporate plug. It’s very obvious.

One personal thing: I dig it. I carry a Lumix camera comparable to the Sony for excellent photo taking. Cell phone pictures are at their best, terrible. But I don’t carry it to parties. I’ve heard the RX-100 series is very good. So we’ll give them that !