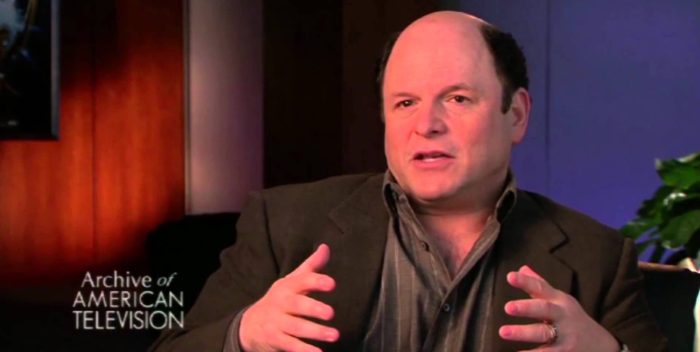 Jason Alexander is finally coming to Broadway in something new by someone great. The once and for all time George Costanza will not be playing latex salesman-slash-architect Art Van Delay. He’s going star in a new play by “Moonstruck” and “Doubt” playwright John Patrick Shanley.

“The Portugese Kid” is described as a romantic comedy. Here’s the breakdown: In Providence, Rhode Island, habitually widowed Atalanta pays a visit to her second-rate lawyer Barry Dragonetti (Jason Alexander). Intending to settle her latest husband’s affairs, this larger-than-life Greek tightwad quickly becomes a nightmare for her cheesy, self-aggrandizing attorney. Add Barry’s impossible Croatian mother, a dash of current politics and a couple of opportunistic young lovers, and you have in hand a recipe for comic combustion.

The big question is who will play the widow, and the mother. But boy, Manhattan Theater Club is on a roll. They’re just coming off “The Little Foxes” on July 2nd. And later this new season they’ll have “Prince of Broadway.” “Portugese Kid” will be at their City Center location.

Two weeks ago MTC invited me to their annual fundraising dinner at Cipriani 42nd St. honoring Showtime chief Matt Blank. What a night! Performers from all the current musicals did numbers, and the room was filled with theater giants. Josh Groban played the piano and sang from “Natasha and Pierre and the Great Comet.” (See below.) Theater lives!