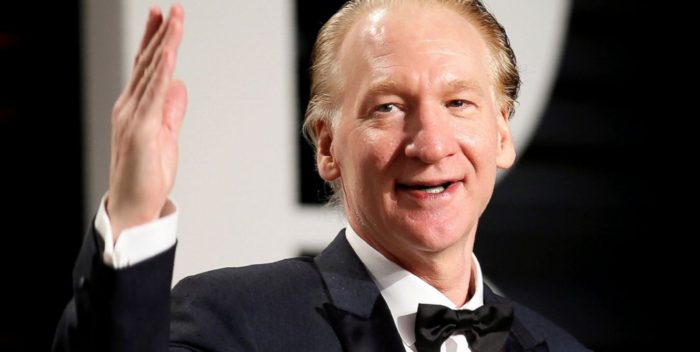 Bill Maher isn’t fooling around. His line up this Friday will take head on his scandal over using the “N” word last week. His main guests are Ice Cube and noted commentator Michael Dyson. Symone Sanders will be a roundtable guest.

That’s three of his four guests who are black, and it’s for a reason. Maher is at center of a scandal from last week’s show when he said the “N” word. Now he’s got critics calling for his ouster and guests like Senator Al Franken pulling out of the show. Maher is obviously going to confront his demon for better or worse.

Maher did apologize for saying what he did, the next day: “Friday nights are always my worst night of sleep because I’m up reflecting on the things I should or shouldn’t have said on my live show. Last night was a particularly long night as I regret the word I used in the banter of a live moment. The word was offensive and I regret saying it and am very sorry.”

Still, it’s a tough time for comedians and commentators on all sides as everything that’s said is looked at under a microscope.