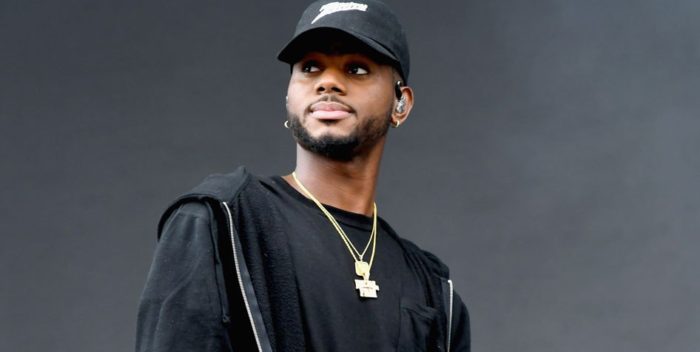 All Beatles celebrating aside, the biggest music act in the U.S. right is Bryson Tiller. Know who he is? He’s a modern R&B star, like Frank Orange or Chance the Rapper. He’s not just a rapper. Tiller sings. It’s rap- singing but it’s very appealing and definitely interesting.

Eight of the tracks from his “True to Self” are on the Streaming Songs chart from BuzzAngle. Eight. That’s the sign of a real hit album these days. The opposite of this is Harry Styles, a pop superstar whose self-titled album is not getting much streaming love at all.

“True to Self” is number 1 on the Sales Plus Streaming chart– a total of 116,400. Only 47,209 of that number comprises actual physical sales and paid downloads. Like Drake and Kendrick Lamar, Tiller is a streaming phenom. The urban audience doesn’t need to own the music– they just want unfettered access to it.

Tiller is worth checking out, if only because some of his album has sound effects that sound like they’re from the Beatles’ later work. He also samples a few older R&B tracks, but in a very low profile way.