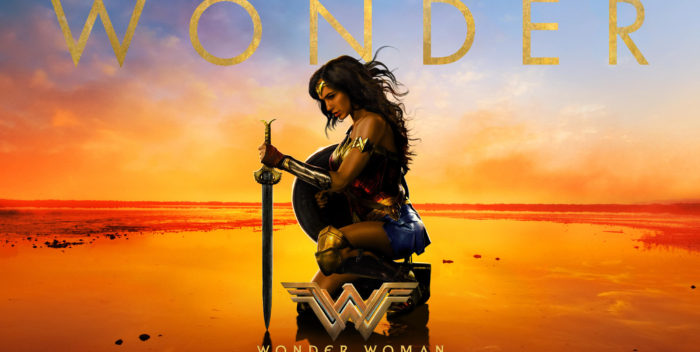 I just came from seeing Patty Jenkins’ “Wonder Woman.” And like the reviews have said so far, it’s Wonderful.

Frankly, you wonder exactly why it took so long to get a good DC Comics movie.

“Wonder Woman” offers a surprise for DC Comics fans, too: a new opening logo for the DC Universe. It’s not been seen before, and all the DC super heroes are in it. It’s a good omen for this fall’s “Justice League.”

Also, in a very minimal way, “Wonder Woman” offers the idea of Bruce Wayne as the Tony Stark of the DC Universe. This is a non spoiler: we don’t see Bruce or Batman, but their presence is felt. And it’s a nice nod.

What can I say that you haven’t already read? First I think “Wonder Woman” is a hit because it’s fresh. We know the stories of Superman, Batman, even Spider Man, by heart. How many times can you hear them? But this story of Diana Prince and her origins? It’s cleanly told, not confusing, very human, tugs at heart strings, seems modern and yet has the feel of a well made film. It’s got a very Spielberg-Lucas feel to it as well. Jenkins got very analog. The movie’s in the woods, there’s a lot of Earth, the relationships are detailed and the dialogue bounces like the first two “Indiana Jones” movies.

And then: there’s Gal Gadot and Chris Pine. She’s the star of the year in this movie. For Pine, this is a breakout, far from Captain Kirk. For the first time, he’s given something to chew on besides a Tribble. He’s got a very Harrison Ford-y thing going on. They’re a good team. From now on, Gadot in Hebrew will mean “thank god.” She is stunning.

“Wonder Woman” will be a franchise. The question is, can Jenkins keep it economical like this and not let studio tendencies blow the sequels to smithereens. Please, no crazy cameos from celebs or extraneous people. (Lynda Carter is allowed, yes.) But otherwise the simplicity of this “Wonder Woman” is what makes it tick. Warner Bros. is saved from the agonies of “King Arthur.”