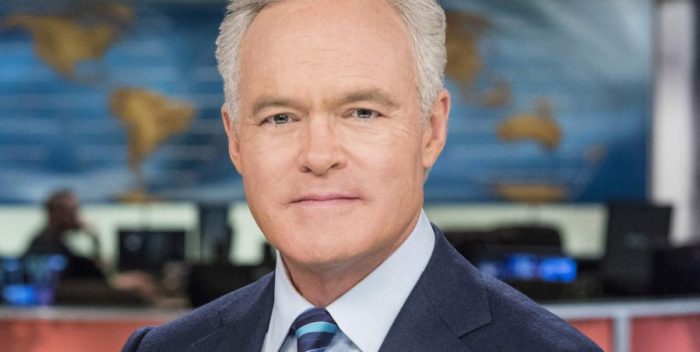 Scott Pelley is out as anchor of the CBS Evening News starting now. Page Six reported that this would happen back in December, and today it became a fait accompli.

Age has a lot to do with it– Pelley is turning 60 right now. His vast experience and excellence as a journalist weren’t enough to keep him in the anchor chair. But he gets the consolation prize of “60 Minutes.”

Ratings were a problem. His show ranks third behind Lester Holt, who’s younger and very good, and David Muir, who is on ABC.

Pelley’s replacement for the near future will be Anthony Mason. But he’s “old,” too. CBS News obviously wants to skew younger at 6:30pm. I’ve said before that Jeff Glor is probably their choice, but who knows?

Pelley’s show is so well written and executed, I’m sorry it’s not doing better. It’s my favorite of the three shows. But then again, I am not in the Muir demo. I enjoy really well made news shows. You can listen to Pelley on the radio– CBS Network– at 6:30pm and you don’t miss the visuals. It’s usually that evocative.

With the end of Pelley really comes the end of the great CBS News tradition. Bob Schieffer is still kicking around. But the Murrow generations are now long gone. Remember when Walter Cronkite was trusted because he had the age and experience? Haha. Those days are over.

Pelley, I should note, went after Donald Trump and his circus clowns hard over the last few months. Maybe because he knew his days were numbered, Pelley eviscerated Trump on some nights– the way Cronkite and Rather used to take on Nixon. He did an absolutely great job and should be commended. He will be missed at 6:30.