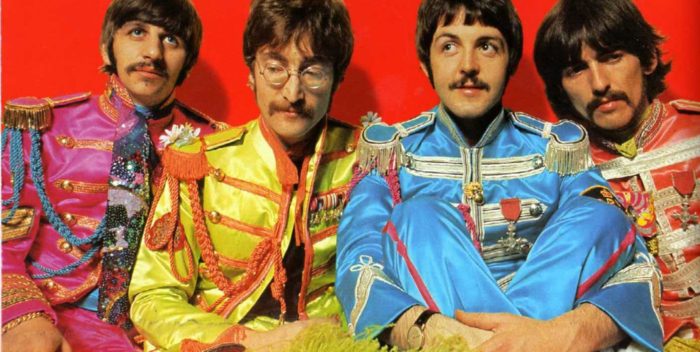 The 50th anniversary box set is number 1 on amazon.com. The lavish package with 4 CDs and 2 DVDs retails for $117.99. It’s been at the top with pre-orders for a month. But now it’s here, and it’s outselling all regularly priced albums.

The downloadable version (which is great but as extensive as the offerings in the box set) is number 6 on iTunes. That version includes the remixed original album plus a sequence of outtakes that form a ‘reimagined’ version of the album. “Strawberry Fields” and “Penny Lane” are included in new stereo mixes.

But you have to get the box set to get the Mono version (with those extra songs– including the famous piccolo ending on “Penny Lane”) plus two CDs of outtakes and two DVDs (one is a Blu Ray).

The limited version can be streamed, too, on Spotify.

The 50th anniversary box is really an occasion. Hats off to Jeff Jones and Jonathan Clyde and the Apple Records staff. They’ve really done the Beatles justice. There so many spectacular small things about the box set. For one thing, all the songs are great. There isn’t a dud. The more you listen, thanks to Giles Martin’s remix, the more you hear. I’ve been listening to this album for five decades and find surprise after surprise. The outtakes, instrumentals, and “work drafts” so to speak reveal layer after layer. “Sgt. Pepper” is an astonishing achievement. “Revolver” prefaced it, and the three subsequent albums– the White Album, Abbey Road, Let it Be– plus “Hey Jude”– fulfilled its promise.