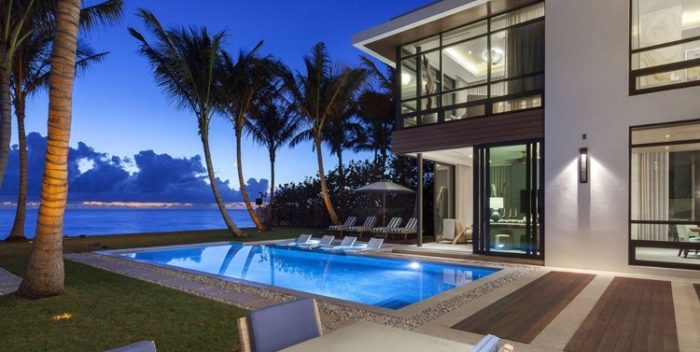 Karma is a bitch.

Roger Ailes died not of cancer or heart disease. He developed blood clots from a fall he took in his $36 million Palm Beach mansion. He and his wife bought the home last fall with the $40 million settlement Ailes received last summer from Fox News as a consolation prize for harassing female employees.

That is called irony.

Ailes had only owned the home since last September.  The house is described on a real estate website as having six-bedrooms, spread across 12,747-square-feet.  The two-story house was completed last year and included interiors with marble and wood floors, an oceanfront pool and Jacuzzi and a guest home. It has 94 feet of oceanfront and spans 0.85 acres.

And it was there, in this palace purchased with money from a settlement for demeaning employees, attempting to ruin their lives, and causing so many to lose livelihoods, that Ailes took the spill that would lead to his death. If he hadn’t done all those things, Fox News wouldn’t have paid him the $40 million, his wife wouldn’t have gone to Palm Beach and plunked down most of it, and Ailes might have lived 10 more years.

Elizabeth Ailes can think about that, I’m sure, when she puts the house back on the market.

The universe has spoken.