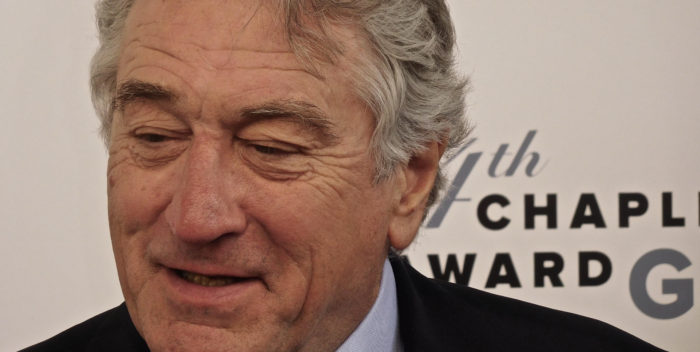 When I first wrote about this movie directed by Martin Scorsese, starring Robert DeNiro, Al Pacino, Joe Pesci and now Bobby Cannavale, it was called “I Heard You Paint Houses.”

Along the way, it was retitled “The Irishman.”

But now, with pre-production starting up, the movie that is most anticipated will be known again as “I Heard You Paint Houses.” I’m told Robert De Niro asked for the change back, and since he’s a co-producer, it’s going to happen.

Those were the first words Jimmy Hoffa uttered to hit man Frank “The Irishman” Sheeran. “To paint a house” meant to kill a guy, with the blood and guts being the paint. Charles Brandt wrote the book of that name based on hours and hours of taped interviews with Sheehan. No one’s reading this book right now, but it’s an amazon. Let’s all get cracking. And look out for the fall of 2018.

I broke the story SEVEN years ago.