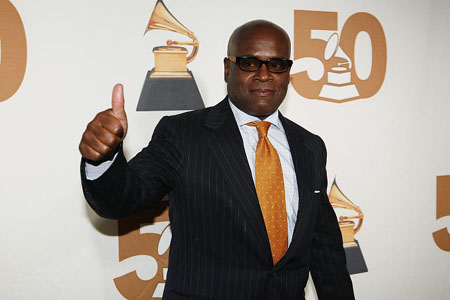 He tried and tried to get hits. But L.A. Reid is out at Epic Records. Variety broke the story, but not, I’m afraid, the whole enchilada.

I’ve been a fan of L.A. Reid for years and years, since he came up with LaFace Records and had tons of hits. At DefJam he could do no wrong. That’s where he brought back Mariah Carey, and reaped many other hits.

But at Epic it’s been an uphill battle. Fifth Harmony gave him some success, and Future having double smash albums simultaneously was a gift.

Still, Epic’s own future has been in question. During the winter, Sony’s grand poobah Doug Morris moved Sylvia Rhone out west to Los Angeles. She bought a house– didn’t rent– and I questioned whether or not this wasn’t the end of Reid. Alas, it was. Morris (and his successor Rob Stringer) sending Sylvia to the west coast was like sending a big sheriff to town. L.A.’s days in L.A. seemed numbered.

Now: what happens to vets Mariah Carey and Jennifer Lopez? Reid had them signed and loaded for more records even though neither one of them is burning up the charts anymore. His departure puts their deals, whatever they were, in peril. Reid was their “rabbi.” Now they are lacking an advocate. Carey and JLO could very well be in the same boat as Janet Jackson– getting licensing deals with distributors like BMG. But trust me, the days of huge advances for these beloved divas is over.

And L.A.? Come back to New York, sir. Manage, produce. There’s plenty to be done!