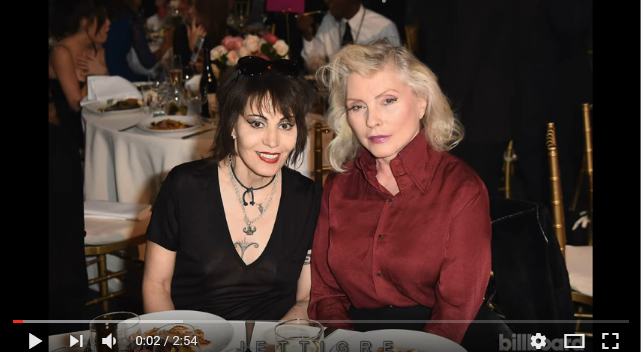 When Blondie broke in the mid 70s at CBGB they were the sound of punk and new wave in New York. I might say even more than the Ramones. “X Offender,” “I’m Always Touched by Your Presence Dear,” and then the whole Parallel Lines album — they were it. I can tell you it was very hard to pay attention to more conventional music like Bruce Springsteen and Billy Joel once Blondie happened. They were the new sound. They sounded like adventure– after midnight, downtown, the ultimate in cool

Now it’s 400 years later. Debbie Harry is almost 72. Chris Stein is 67. They weren’t young when they broke through, and now they’re the ages of classic rock stars. But they have retained all their originality and feistiness. The Blondie drums kick in, the beat is ferocious, Stein rips through chords and Debbie’s glass like voice remains unchanged. She is ice in the glass.

So check out their new album, “Pollinator.” Someone told them to push a song called “Long Time,” which is good enough. But I am all about two songs on the new album– “Destiny or Doom” and “Fun.” Debbie, Chris, start played “Destiny or Doom” on every TV show. That’s your song. That’s your hit. It’s better than any of this crap the kids are playing today. They should be so lucky.

OMG these songs are now stuck in my head. Thanks, Debbie.