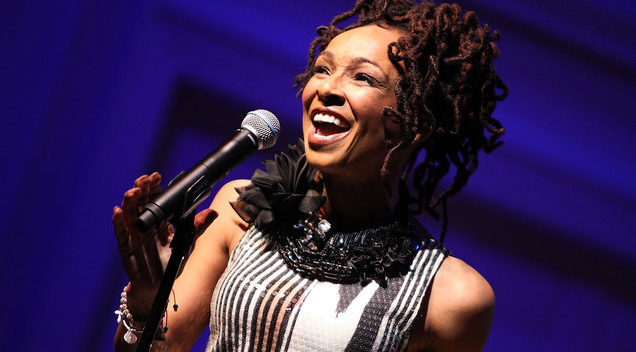 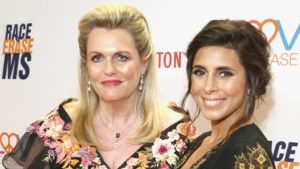 Last Friday, the wonderful singer songwriter Siedah Garrett revealed she’s had a diagnosis of Multiple Sclerosis. Garrett performed in L.A. at Nancy Davis’s 24th annual “Race to Erase MS” gala at the Beverly Hilton. The diagnosis was a shock. Siedah was famously associated with Michael Jackson for years, wrote Jackon’s hit “Man in the Mirror,” sang with him and appeared in his videos.

At the “Race” gala, Siedah sang “Man in the Mirror,” and proclaimed, “I’m here to make MS my bitch.”

Nancy Davis learns from the best, from her glorious mother Barbara Davis, when it comes to philanthropy.  “She taught me everything I know about giving back.  I’m lucky to have her,” she said. And Nancy like her mother, is nothing but persistent in her quest for a cure for MS — which she is battling as well. This year’s gala was a huge success raising $1.6 million.

Kathy Griffin opened the night with, “Hello rich white people and Quincy Jones.”  Noting that it was Cinco de Mayo, she quipped, “I’m going to stand on the president’s wall and throw the immigrants back in.” Jamie-Lynn Sigler, who also has accepted an honor by saying, “I was thinking about hope, and what it means to me now.  So much of the time life has felt hopeless.  I have no choice now but to have hope.  I want to be back onstage singing on Broadway again. I want to be back in this room for the Golden Globes again one day.”

The live auction followed, then Chicago hit the stage and played for 45 minutes.  Usually bands at these kinds of events play 3 songs, but they played on to the rapture of the 1000 plus crowd.  Kris Jenner sat next to Tommy Hilfiger, and her appearance prompted a “Godfather” like atmosphere. She sat there, didn’t move the entire night, (or bid on anything) while VIPS and celebs came to her and “kissed the ring,” so to speak.

The “Dancing With The Stars,” team were there and speaking of dancing,  Nancy and her husband entrepreneur Kenneth Rickel’s lovely teenage daughters  Isabella and Mariella, both aspiring dancers introduced the night beautifully.  David Foster, who’s been the musical director of the event since the beginning, did his usual virtuoso job along with Randy Jackson.  Natalie Cole’s son Robert Yancy– his mom and Nancy were best friends — told me that he’s trying to get a documentary made about this grandfather and mother and trying also to get Nat’s film and television career more rightly honored. HBO you listening?