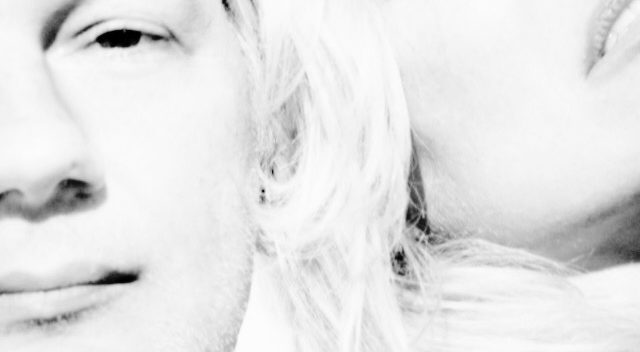 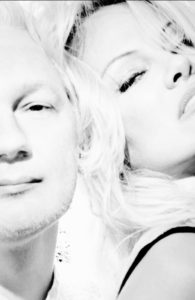 “Baywatch” star, anti fur activist, and Hollywood faux intellectual Pamela Anderson is mad at Oscar winning filmmaker Laura Poitras. Poitras has just released her new documentary, “Risk,” about international troublemaker Julian Assange, who’s been living for the last 5 years in the Ecuadorian embassy in London rather than face arrest over releasing zillions of classified government and business files under the WikiLeaks rubric.

Anderson has become an unlikely BFF and possible girlfriend with benefits of Assange. She’s been seen coming and going from the embassy, giving the Ecuadorians a rare peak into tabloid life. She does not appear in “Risk,” and maybe she’s upset that Poitras didn’t even mention her. (I know I was disappointed.) Anderson is to Assange somehow as Dennis Rodman is to Kim Jong Un, but with different benefits.

Anderson has now made her feelings about the film clear, posting this message to Instagram (italics added):

Laura,
To a man who is uncharged,
detained,
and has given humanity so much,
not to mention your own access-
and you return the favour
like this?
It is shameful
You re-edited the documentary
to deal with your own personal romantic issues with an ex lover – is this ethical?
This portrayal is a juvenile betrayal.

Anderson claims Poitras “re-edited the documentary to deal with you own personal romantic issues with an ex lover.”  That’s a reference to Poitras’s stunning admission in the film’s voice over that she had a “brief relationship” with Assange’s incredibly erratic self exiled lackey, hacker Jacob Appelbaum. Appelbaum, like Assange, has been accused of sexual misconduct. Despite being removed from WikiLeaks, Appelbaum still accompanied Poitras to Cannes in May 2016 to help promote “Risk” and defend Assange.

Anderson, meanwhile, may not be having such an easy time with Assange. On Twitter she has recently posted a link to a HuffingtonPost article titled: “Why Sex With A Malignant Narcissist Is A Dangerous Power Play.”

Why Sex With A Malignant Narcissist Is A Dangerous Power Play https://t.co/PyJeC74fNF

On the website for her dubious Pamela Anderson Foundation, the one time star of great D movie “Barb Wire” further explains her position in a long Haiku, or free form essay. (Not to nitpick, Pam, but it’s “its gravitas,” not “it’s”):

It’s a distraction.
when so much is at stake.

I know I can be quite effective in this debate.

As a victim of sexual assault
I have authority to speak
on the matter.

the injustice of people
turning a serious political struggle
into a discussion
on male privilege.

I don’t think Wikileaks is sexist,
I think it is intellectually elitist.

And,
I have to say it a lot of this
‘feminist’ discussion is intellectually retarded.

“Risk”
the documentary is problematic –

If you take away the sexist angle and reframe it as power dynamics,
Let’s examine Laura’s relative role to the organisations and her subjects. Her wealth.
Her oscar.
Julian’s role relative to others in the organisation in terms of freedom and exposure to political persecution.
The narrow lens Laura has picked has been to please a narrow constituency.

The wrong Wikileaks and Assange will suffer from the flaws,
the avantgardiste acceptance of a penetration of their intimacy none of their adversaries accept,
will be nothing in the long term compared to the destructions inflicted by secrecy and it’s upholding by the powerful.
As a man making history,
Julian has accepted to confront himself to the judgment of others.
He has done it in accordance to his principles and will remain faithful to them, however painful and unfair it might be.
There will be a time in which Ms Poitras will realize how much wrong she has inflicted,
and how biased her approach has been to this asymmetric access to an intimacy others,
including Snowden,
have refused to expose in faith.
Her exploitation of this access and the judgmental lines that she ended drawing from it are both logic and sad for her.
Instead of realizing her chance,
trying to understand, she started judging those who had had the courage to expose themselves.
In spite of courage and humanity, bitterness and willingness to conform herself.
Fear.
Fear of the judgment of others.
Of what would have been said if she hadn’t distinguished herself. Maintained,
over solidarity and values,
her singularity.
Existed in the eyes of the other. Betrayal.
To survive at all costs.
Including dignity,
truthfulness, and the lives of others. Good luck Laura.
Good luck in your loneliness.
It is an epidemic
Even more so
In your opportunistic institution