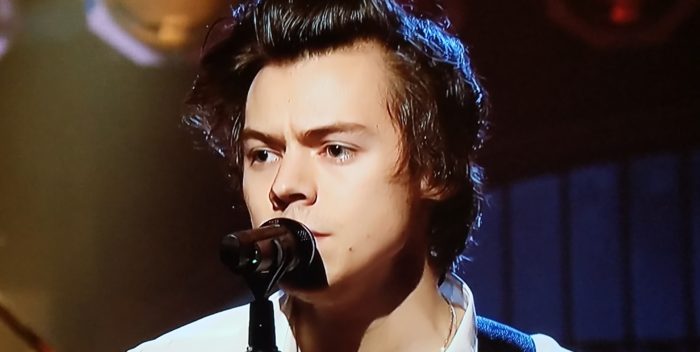 Harry Styles is turning into a real oddity. Instead of releasing catchy pop songs for his solo career, Harry continues to produce weird music you won’t want to hear more than once.

Maybe this is a new thing in pop.

Today, on a Tuesday and not at the end of the week, Styles releases a single called “Sweet Creature.” It’s as if Woody Guthrie warbled a bad pop song that sounded like an awkward attempt at the Beatles’ “Blackbird” and then was supposed to be that Extreme song “More than Words.” I don’t get it.

Maybe young girls will love this. Will they sing along to “Sweet Creature” in concert? Will they like being called ‘creatures’?

I can’t imagine “Sweet Creature” being played much on Z100.

What’s going on here? I’m not sure. The album is coming next Friday. This should be interesting.