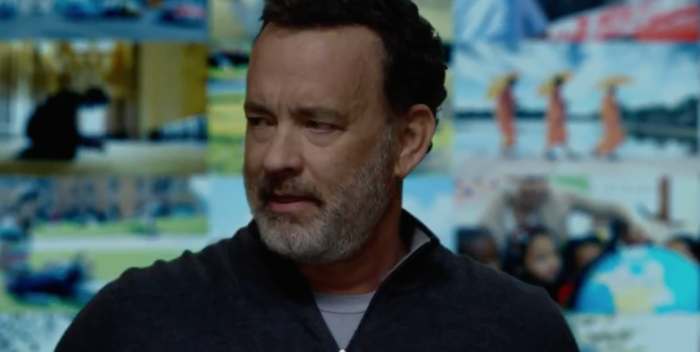 Emma Watson is about to learn about failure. She probably thinks all movies make gazillions after 8 Harry Potter films and this season’s “Beauty and the Beast.”

But with “The Circle,” things are about to come full circle, indeed. Rated 24 on Rotten Tomatoes, even insiders told me not to bother with it.

Tom Hanks stars, and Tom knows from failure. Despite two Oscars and many huge box office hits like “Forrest Gump,” “Cast Away,” and “Saving Private Ryan,” Tom’s seen the other side of Hollywood. Recently he’s struggled. “Captain Phillips” and “Bridge of Spies” were hits. But “A Hologram for the King,” “Larry Crowne,” “Inferno,” “Extremely Loud and Close Up” will not be included in clip packages for the ages.

“The Circle” is Tom’s second movie flop based on a book by Dave Eggers. You’d think he’d learned the first time. But at least “Hologram” was more warmly greeted by critics before it was ignored by audiences. “The Circle” sounds like a circle of hell.

Hanks will be back this winter for Oscars with Steven Spielberg’s “The Post.” So we’re not giving up on him. But the game gets harder as we get older. And Spielberg can’t make a movie every year.