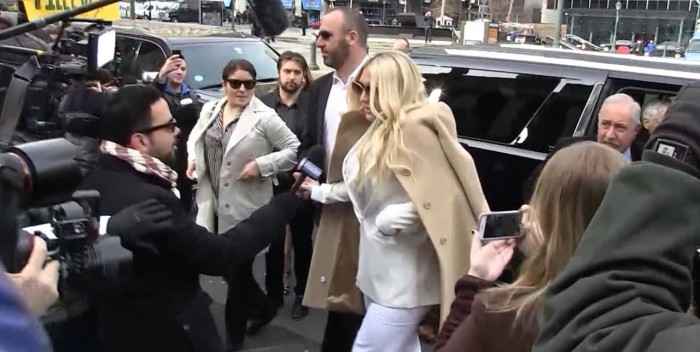 Pop singer Kesha has finally scored a small victory against her producer, Dr. Luke, in her long running case against him. In court papers, Sony Music now says Dr. Luke is no longer head of Kemosabe Records, their label to which Kesha was signed.

The papers read: “Kemosabe Records is wholly-owned by Sony Music Entertainment. Lukasz Gottwald is no longer the CEO of Kemosabe Records and does not have authority to act on its behalf.”
And so Dr. Luke is jettisoned from Sony in one of the worst PR situations that could have occurred for the company. Kesha has accused him of many terrible things including rape, all of which he has denied. But the result has been not only the stalling of her record career, but also bestselling female artists from Taylor Swift to Adele to Lady Gaga decrying Sony’s role in this story.
Is Dr. Luke finished? Far from it. You know, if even Phil Spector had a hit record up his sleeve, he could make a comeback in the record business. Dr. Luke will have more hits. Just not at Sony. Now maybe Kesha can proceed in some way.
Stay tuned…