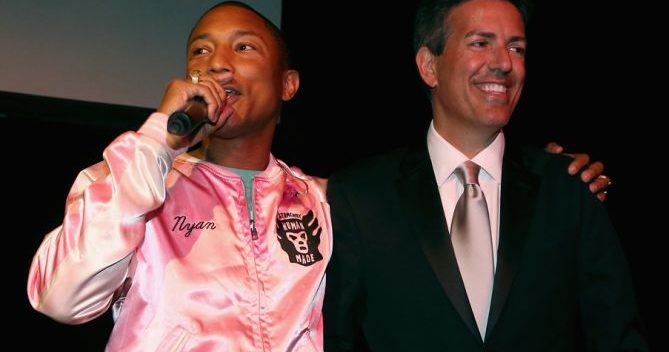 Pharrell made a lot of people “Happy” Saturday night at the The Humane Society of the United States annual “To the Rescue!” gala last night on the Paramount Lot. They had every reason to celebrate, last night’s event raised a record breaking $1.4 million due in part to Pharrell’s offer that anyone who donated $10,000 could come up and sing “Happy,” with him.  Needless to say, there were many takers.

The crowd was celebrity star-studded.  Elizabeth Banks presented Sen. Cory Booker with the Humanitarian of Year Award.  Always witty, Banks quipped, “unlike other elected officials, he uses his Twitter account (he has over three million followers,) to help actually help people and animals.”

Booker, fiercely dedicated to animal welfare, wowed the crowd inspiring in many hopes that he’ll run for President.  “I was taught by my Mom that who you are speaks so loudly I can’t hear what you say.  Our job is to get folk woke.  Unfortunately we know that with this administration we are losing some ground but I believe this story will have a happy ending.  Despair will not have the last word.”

On videotape celebs including Morgan Freeman, Chelsea Handler, Kate Mara, Eva Longoria, Bill Maher who said, “thank you for all you do for animals so that they are treated with love and respect, even though they don’t vote,” all paid tribute.  Sarah Silverman quipped, “I’m plotzing about all you do.  I love you; you are my soul mate in vegetarianism and childhood chronic bedwetting.”

But there was a serious side, too:  The evening became even more poignant when the family of the late singer who was murdered, Christina Grimmie, she was devoted to the cause, accepted the Impact Award on her behalf.  Her good friend and gifted singer Rachel Platten beautifully sang a tribute.

Kudos to USUS’s tireless CEO Wayne Pacelle, who danced with Pharrell to “Happy” at the end of the night, as well as Michelle Cho, Tara Loller, Josh Balk and so many more at HSUS and beyond for fighting this fight for our beloved animals.