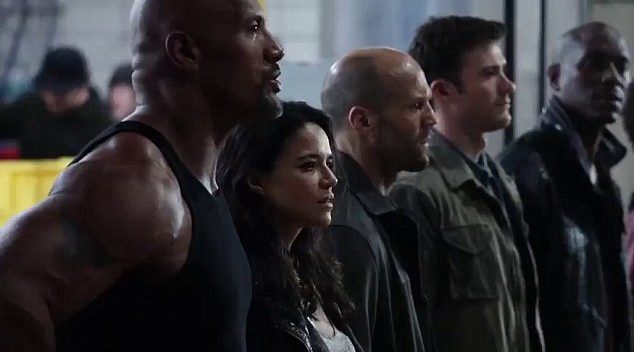 You may be wondering why a car crash movie cost $250 million to make? Who knows? Anyway, “Fate of the Furious,” the 8th chapter of a series of car crash movies is on track to bring in $100 million this weekend domestically.

The last “Fast and Furious” movie made $1.5 billion worldwide, with $350 million of it in the US.

The original “Fast and Furious” movie, back in 2001, made a total of $207 million worldwide, most of it in the US. So they’ve come a long way. Can you imagine? This has been going on for 16 years? If you missed chapters 2 through 7, you can always binge watch them eating Cheetos and guzzling Colt .45.

If everything holds up tonight and tomorrow around the world, “Fate” will break national and international records.

Meanwhile Zach Braff’s “Going in Style” remake is holding up despite previous dire warnings. Good for them! And “The Zookeeper’s Wife” will cross $10 million this weekend– a good movie that deserves more of an audience.