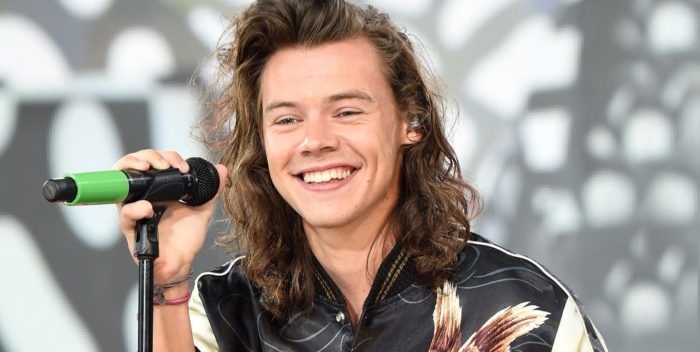 SATURDAY NIGHT 8:18PM The single is up to number 13 after a curious drop from the chart and then an even more curious rebound. We’ll watch and see at midnight when Harry takes the stage on “SNL” if sales perk up. Of even more interest will be what his second song of the night will be. Stay tuned…

FRIDAY NIGHT UPDATE: Somehow, “Sign of the Times” has battled its way back to number 21. Not a huge improvement, but something. There should be a return to the top on Saturday night after Harry sings on “SNL.” But there doesn’t seem to be huge broad based interest in this single. It entered the top 40 radio chart today at number 12.

FRIDAY MORNING I’m perplexed. Maybe it’s some kind of technical glitch. But Harry Styles’s “Sign of the Times” has dropped off the iTunes top 50 after one week. It’s down to number 65!

Kids, what happened? You love One Direction! You love Zayn! Don’t you love Harry, too?

On Spotify, the single is a streaming dud. It’s number 19, down two spots from 17.

On BuzzAngle’s Song Revenue chart that closed April 12, there’s no sign of Sign of the Times anywhere.

With all the One Direction fervor, something is wrong. I’ve sent an email to Apple, asking what happened. The single IS in their store. I just played it. So it’s not completely gone.

Tomorrow night Harry appears on “Saturday Night Live.” That should bring “Sign” back. But what a weird opening week it’s had.

Now I’m rooting for him!