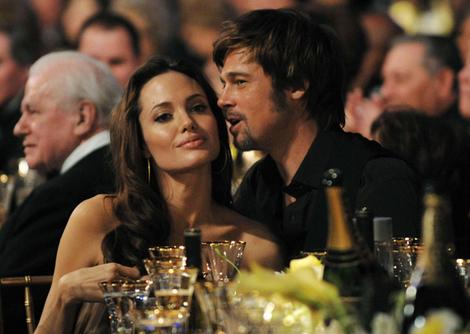 But the latest filing for Jolie-Pitt, filed with the IRS last November– two months after their split– shows a major change. Pitt donated $250,000 to the foundation. Jolie’s donation? Zero. Nothing.

Total donations to the foundation came to $460,000, with Pitt’s part the largest. The other contributions were $111,720 from the Australian Center for International Agriculture Research; $69,558 from a Toronto teachers’ pension fund; and $25,000 from the fund’s financial adviser.

Jolie-Pitt had almost $2.4 million in expenses as it looks like they’re depleting their assets in light of the divorce. But this filing is for the 2015 calendar year, and states clearly “the foundation has no plans for dissolution.” Of course, the couple had no plans for dissolution at the end of 2015 either. Of the $2.4 million million, $1.35 million went to actual charities covering the couple’s largesse in Cambodia and other countries. Two executives split $254,000 in salaries, and a philanthropic adviser collected just under $70,000.

Meanwhile, Pitt’s Make it Right Foundation in New Orleans is booming, with $45 million in assets.