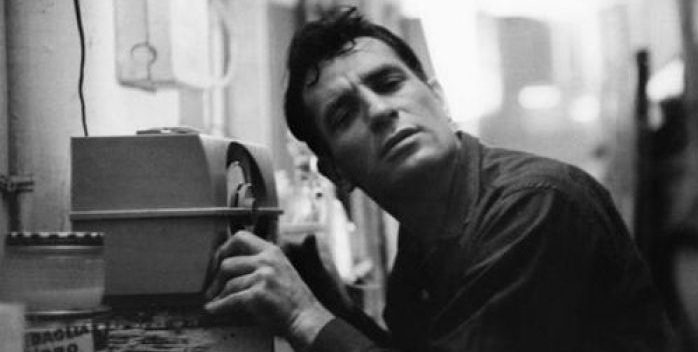 Beat Generation superstar Jack Kerouac’s multimillion dollar  estate has always been a nightmare. But in recent years controversies about forged wills and infighting were all handled by Kerouac’s brother-in-law, John Sampas, whose sister Stella was Kerouac’s widow. Now, with little fanfare, John Sampas has died (on March 9th) at age 84. His death has so far only been reported in the San Francisco Chronicle.

Over the years, the Sampas family became a lightning rod for Kerouac scholars and followers who need permissions and rights. But there were no other heirs after Kerouac’s mother died in 1973, Stella died in 1990, and Kerouac’s only child, daughter Jan, died in 1996. (A nephew, Paul Blake, has tried but failed over the years to get involved with the estate.) Once Stella died, John Sampas became the representative of their siblings in the handling of 27 posthumously published works. On his own, Sampas owned the right to several books including “Visions of Cody” and part ownership of “On the Road” and “Dharma Bums.”

In recent years, the Kerouac estate has benefited also from the sale of the original scroll of paper upon which  “On the Road” was typed, and a letter Neal Cassady wrote to Kerouac in 1950 that was considered the basis for the world-famous novel of bumming around America in the late 1950s. The scroll was sold in 2001 by Tony Sampas, a nephew, for $2.4 million to the owner of the Indianpolis Colts. The letter was later sold for over $200,000.

John Sampas’s death might have thrown the Kerouac estate into yet another chapter of chaos, but it’s not going to happen. John’s appointed heir is the son he adopted as an adult, John Shen-Sampas. Shen, a lawyer and graduate of Columbia University Business School, will inherit John Sr.’s interests and take his place among family members in the administration of the 27 works. (Another nephew, Tony Sampas, owns a third of the rights to “On the Road” with John Shen and another relative.)

But John Sampas’s Boston attorney, George Tobia, tells me the family has decided that a nephew, Jim Sampas, will succeed John Sr. in running the estate. Jim produced the 2013 movie “Big Sur,” based on Kerouac’s novel, and worked with his uncle on the estate for about a decade. “He’s the right one to take over,” says Tobia.

Just to give you some perspective: Kerouac died in 1969 at the young age of 47. He was outlived by his own mother. Kerouac would have been 95 this year, the same age as Carl Reiner, Betty White, and Doris Day– three celebrities who are still in the news. But he lived fast and he lived hard, and left an amazing legacy.

Tobia, by the way, says new projects are on the horizon following the completely awful 2012 movie adaptation of “On the Road” by Walter Salles in 2012. “There are many other properties, and ways to do things,” he said.