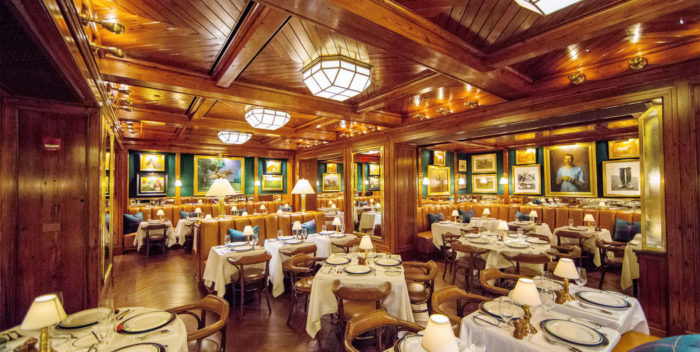 Is Donald Trump killing off businesses in the Trump Tower neighborhood?

This morning, Ralph Lauren announced they are closing their Fifth Avenue store. It’s not the flagship– that’s Madison Avenue and 72nd St. But the Fifth Avenue story has the most visibility sitting there at the corner of Fifth and 55th St. on the east side of the avenue. This is a blow certainly for the Trump Tower area.

The Polo store is just a block away from the chaos at Trump Tower. The same block– from Fifth to Madison– is shut down on East 56th St by police with barricades. There’s no traffic at all.

In peril: the Ralph Lauren Polo restaurant beneath that Fifth Avenue store. In the last two years, the Polo has become a hot hot hot spot for the A list and the wealthy. The walls are covered in rich dark paneling, which are then adorned by hunting pictures. The cheapest items on the menu are a burger or a corned beef sandwich around $25.  A source says “as far as I know, the restaurant is staying open.”