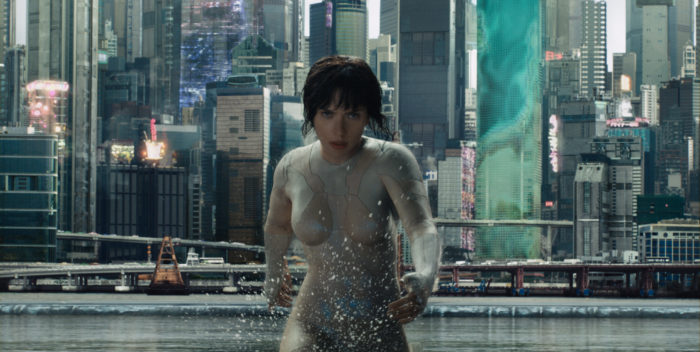 Scarlett Johansson’s run as “highest paid actress” may be coming to an end. Paramount’s “Ghost in the Shell” bombed over the weekend with just $19 million, not enough to launch a $110-150 million movie. The box office was a ‘shell’ of its former self, or something like that. The studio picked up $40 mil abroad, where no one had to understand what was going on. Small consolation.

“Ghost” was destroyed by Fox’s “Boss Baby,” an animated comedy that made $49 million. That’s a HUGE amount for something that didn’t cost too much to make or promote, isn’t live action, and has nice but not huge stars. It’s also an ironic twist for Paramount, which is about to be headed up by the former head of 20th Century Fox, Jim Gianopolous. Ouch! So far Paramount has had a dismal start t the new year.

But the bad news is where people made stupid decisions anyway. “CHiPS” is dead at $14 million, made for $25 million at least. Who wanted to see this? No one.

And in the goofy end of the box office, Terence Malick’s “Song to Song,” unwatchable and un-needed, made $58,000 over the weekend. That’s $618 per theater. So much self indulgence. So much talent and time wasted. So ridiculous. This is what gives indie film a bad name.