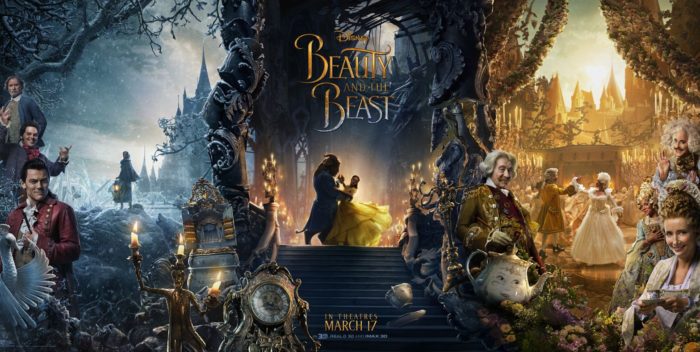 Tomorrow Monday, around the world, Disney’s “Beauty and the Beast” will cross the $700 million. It’s been open for two weeks. As of today, Sunday, the live action musical version of the company’s animated film and Broadway show stands at $690 million. They are hard charging toward $1 billion. Quite a phenom. This weekend in the US, “B&B” made $88 million– a second weekend, no less.

On the other hand, Warner Bros. “CHiPS” adaptation is a disaster. They made $7.6 million over the weekend. The studio says “CHiPS” cost $25 million. Let’s say it cost $35 million all in. It doesn’t matter. They also say $1.9 million was made somewhere abroad. Probably in a country where English wasn’t necessary.

The lesson is that they shouldn’t have made “CHiPS.” It was a waste of money. But the damage is done.

There’s a weird relationship now between Disney, which is riding high, and Warner Bros., which is scrambling. Alan Horn left WB to run Disney. There was some perception that he wasn’t doing a good job at WB. But now he’s succeeding like crazy. He’s got Disney comprising the animation studio, the “Pirates” people, Marvel and LucasFilms. With the right resources, Horn has fashioned a powerhouse.

Warner Bros.’ DC Comics films are viewed as inferior to Marvel’s Avengers, et al. Fans loathed “Batman vs. Superman” and didn’t much like “Suicide Squad.” Now Warner’s has debuted a trailer for “Justice League” that shows some of the characters except Superman. “Justice League” looks dark and grim from this trailer.

When I was watching it I was thinking, Why do all the DC Comics films seem like work? While Marvel films look like fun? When I was a kid, DC Comics were bright and colorful. Marvel was the plodding, philosophical comic.  In the movies, they reversed roles. Batman always seems like he’s going to give you a lecture, whereas Iron Man is coming with a quip. Imagine if Robert Downey Jr had played Bruce Wayne. The orphaned millionaire would have had a much better time.