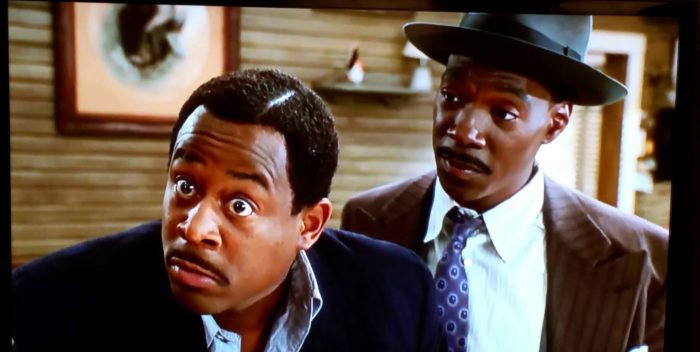 “Life,” a movie I can’t imagine anyone enjoying, had a rotten opening last night– it finished 3rd with $4.4 million. Sony-Columbia Pictures says the budget was $58 million. But the special effects seem like they’d make it more expensive. (It’s not nearly as good as the 1999 Eddie Murphy-Martin Lawrence movie called “Life.”)

This is a strange and unpleasant horror film–not at all a great space movie. Plus, Ryan Reynolds — hot off “Deadpool”– is only in it a short time, and just as audience bait. The stars are Jake Gyllenhaal and Rebecca Ferguson, who look like they’d rather be somewhere else.

“Life” is almost like a parody of itself. They’ve got three throwaway characters– a foreign woman, a black guy and a Japanese guy– who are just there to be killed quickly. Reynolds is used like a prop, frankly.

The other new release, Warner Bros. movie version of the terrible TV series “ChiPS,” is a goner. They took in $2.6 million last night. Again, was there a groundswell of interest in remaking that show? It was garbage. And the movie goes straight to planes, trains, and VOD.

“Beauty and the Beast,” meanwhile, crossed the $500 million mark worldwide today. It’s up to $541 million and counting. That’s in eight days. One billion served will soon be going up over their logo.