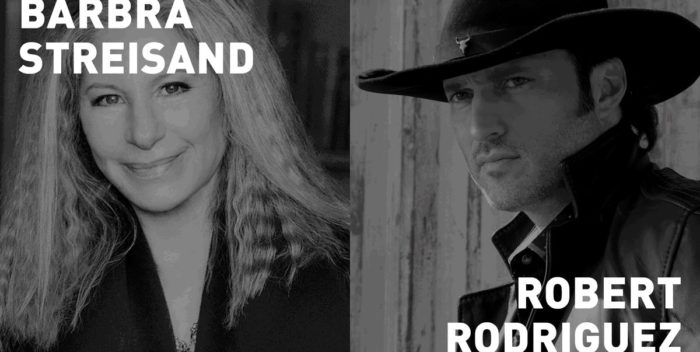 At the upcoming Tribeca Film Festival, Barbra Streisand will be interviewed by… Robert Rodriguez.

Rodriguez is the director of “From Dusk til Dawn,” “Machete,” and “Machete Kills in Space.” He once lived with Rose McGowan. Is the king of pulp and noir violence a secret fan of “The Mirror Has Two Faces”?

You’d much rather think of Barbra being interviewed by Michael Feinstein, or Rob Marshall.

For example, Lena Dunham will be interviewed by Jenni Konner, Noah Baumbach will talk with Dustin Hoffman.

Anyway, Streisand’s pulled the worst of times to do her interview– right at the moment that the entire “Godfather” cast will be at Radio City Music Hall for their 45th anniversary. So we may not know if Rodriguez invites her to be in “Grindhouse 2: The Way We Weren’t.”