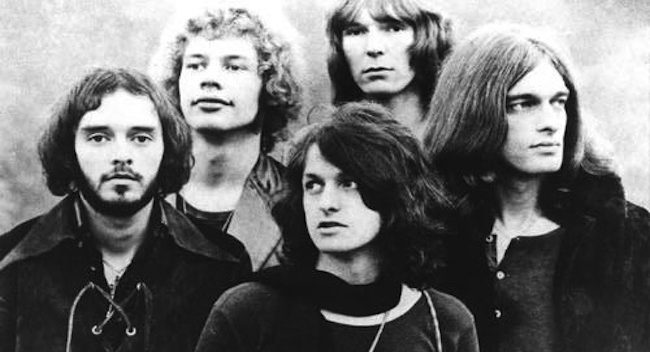 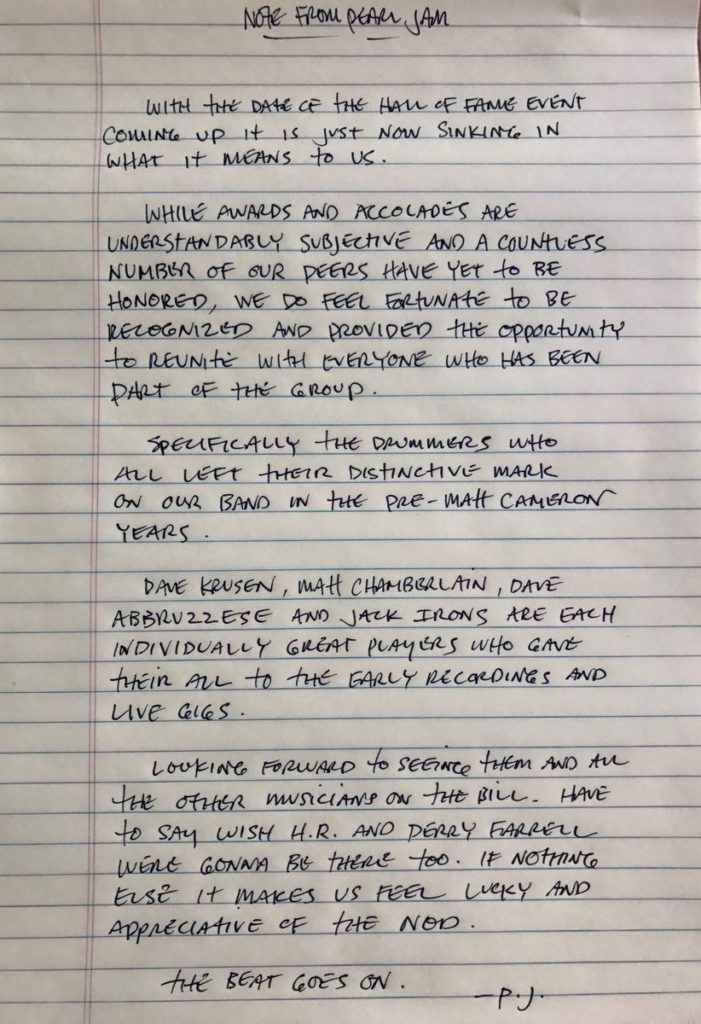 The Rock and Roll Hall of Fame brings out the worst– and sometimes the best– in people.

Mostly it’s the worst. But the other day it was reported that Pearl Jam will bring all five of their drummers to the induction ceremony including Dave Krusen, Matt Chamberlain, Dave Abbruzzese, Jack Irons and Matt Cameron. 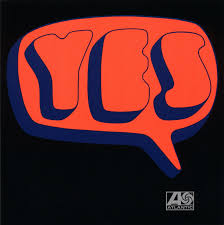 Not everyone is so magnanimous. The progressive rock group Yes, which has waited and waited for induction, is behaving badly, I am told. They’re excluding Peter Banks, the original guitarist for Yes and creator of their original logo. Banks played on the group’s first two albums but left before they hit it big with “I’ve Seen All Good People” and  “Roundabout.” Banks died in 2013.

Yes already has had problems in their induction. Rick Wakeman was angry that it had taken so long to get in, and announced he wasn’t coming. But he’s coming now. Founding member Chris Squires’ widow will receive her husband’s statue.

Well, this sort of thing goes on and on at the Rock Hall. I was there a few years ago when original members of Blondie were denied acknowledgement.  Nigel Harrison, Gary Valentine and Frank Infante were pretty vocal in their unhappiness.

The Rock Hall’s theory seems to be if you weren’t on the hit records, and the consequent stars of your group don’t want you there, fuhgeddaboutit. But in Banks’s case, he’s dead, they could give him a nod.