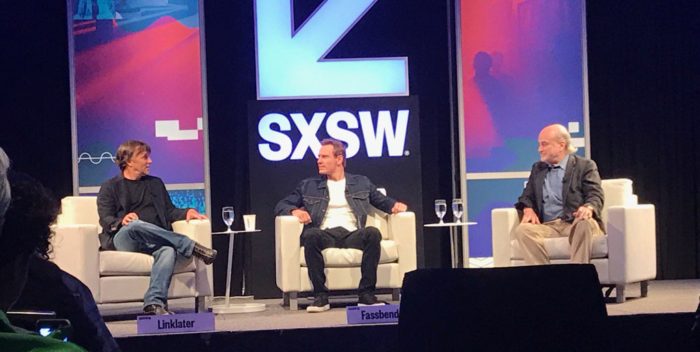 This morning reclusive director Terrence Malick is part of a public panel at the South by Southwest Film Festival in Austin, Texas. Malick was once a legend for directing the most beautiful film of the 70s, “Days of Heaven,” and for “Badlands.” Malick hasn’t been seen in public or interviewed in YEARS. Decades, really. So this is a big deal down in his hometown of Austin.

Today he’s promoting his new film, “Song to Song.” It’s the latest of his self indulgent films og the 2000s that has big Hollywood stars doing nothing and speaking little dialogue. I’m sure it looks great. But the reviews overnight were tepid, to say the best of them. Twitter reaction to the two and a half hour vanity project: boring and awful.

He said at the panel this morning that the first cut of “Song to Song” was eight hours. That says everything.

As I’ve said before I hope Del Shannon’s family really got paid well for use of “Runaway.” It makes the whole trailer. I doubt the movie has that kind of energy.

Erik Davis from Fandango is posting a lot from the panel. He obviously likes the movie on some level. The adrenaline from seeing Malick in public must be overwhelming. No one has seen him in years. But the reality of the film will be like “To the Wonder,” “Knight of Cups,” “Tree of Life,” and “Voyage.”