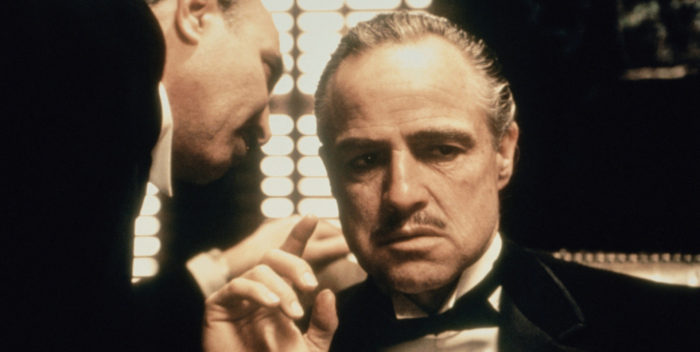 There are already so many reasons to avoid this year’s White House Correspondent’s Dinner on Saturday, April 29th.

But now comes the piece de resistance: a 45th anniversary gala screening of “The Godfather” Parts 1 &2 at Radio City Music Hall to close the Tribeca Film Festival. And everyone’s coming: director Francis Ford Coppola, Al Pacino, Robert DeNiro, James Caan, Diane Keaton, Talia Shire, and Robert Duvall– everyone except Marlon Brando and Mario Puzo. And they’d be there if they could.

Expect former Paramount honchos Robert “The Kid Stays in the Picture” Evans and Peter (I Always Mention Paramount” Bart to be on hand if possible. Evans should come even if they bring him on a sedan chair. He’s a rock star in the movie business.

There will be a once in a lifetime Q&A after the two movies are shown. It’s an offer no one can refuse. And it should put a dent into the other big event that night down in DC, the White House Correspondent’s Dinner. Because really, even Donald Trump may try to score tickets to “The Godfather” event since he’s already announced he won’t attend the WHCD.

PS Not uncoincidentally, Tribeca is also showing Eleanor Coppola’s feature film, “Paris Can Wait,” with Alec Baldwin and Diane Lane, which got nice notices from Toronto. Looking forward to seeing this film. This means everyone in the Coppola family has made a film except for the dog and the vintner!