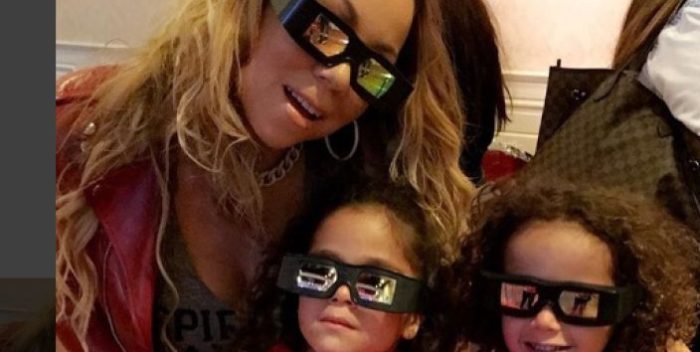 Mariah Carey’s manager, Stella Whatchamacallit, is attacking me in In Touch Weekly today. I am so honored and thrilled. Stella, who is Russian dressing to Mariah’s life of living theater, tells the supermarket tabloid that she could “slay” me (are in Game of Thrones?), and that I’m a “sad” person. So sad!

Stella: “If I wanted to totally slay Roger Friedman, I would. But his stupid column is inaccurate,” Stella promptly fired back, explaining, “He’s totally making up the record label stuff.”

I said that Epic Records was considering dropping Mariah because she forced the single “I Don’t” on them, and it didn’t. The track has disappeared faster than Donald Trump’s original immigration bill. Gone. Stella tells In Touch: “The day his column came out is the day Epic released the song and it got radio ads.” In Touch, however, noted that the single was dropped February 3rd, and my column ran on February 28th.

Anyway, what’s the diff? “I Don’t” is not on any MediaBase charts for radio play in any category. I feel bad about this because I am fond of Mariah. We’ve been pals for years. She needs real management, and a direction. Mariah is almost 50. Recording with Busta Rhymes and DJ Khaled– a mistake, frankly. She has a great voice. It’s time to show it off as an adult. Call up Randy Jackson and get the train back on track, MC!

Stella, if you can find me some radio stations playing “I Don’t,” please tell them to email me at showbiz411@gmail.com.

Check out the cute photo of Mariah and the twins dressed in red for International Women’s Day!