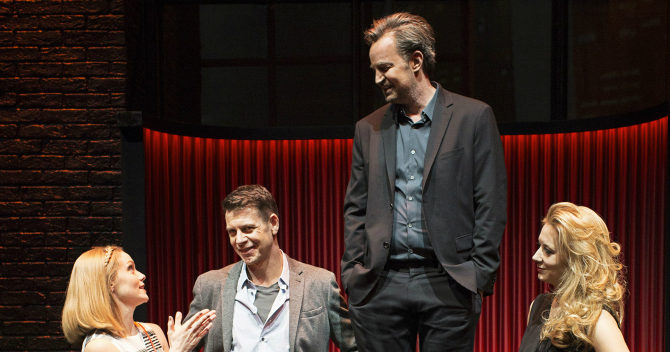 You never know who’s coming to NewYork theater next. This time it’s Matthew Perry, the immortal Chandler Bing of “Friends” TV fame. Perry has written a play for himself to star in called “The End Longing.” Directed by Lindsay Posner, the play comes to the Lucille Lortel Theater in May with a June opening.

“The End of Longing” had a prior run at London’s Playhouse Theater.

The storyline: An alcoholic, an escort, a self-diagnosed neurotic and a well-intentioned dimwit walk into a bar… Broken and deeply flawed, they find their lives irreversibly entwined no matter how hard they try to break free of one another.

Well, why not? The London reviews were not kind, but maybe the play has improved. But the audience liked it, and “Friends” fans Tweeted nice things. At the very least we can expect a good opening night with the likes of David Schwimmer, Lisa Kudrow et al.