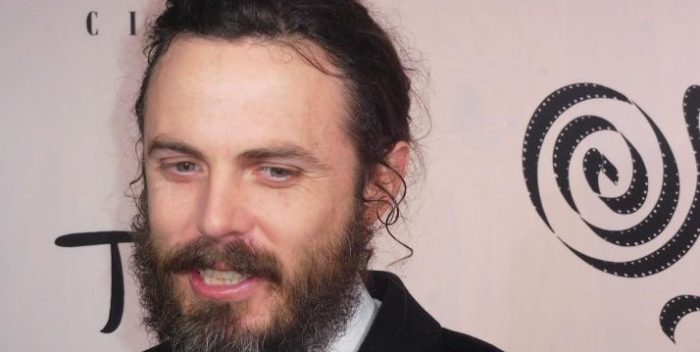 Oscar winning screenwriter Kenneth Lonergan has sent a very damning letter to the Wesleyan Argus, the college newspaper of his school. Lonergan is properly outraged and defends Oscar winning actor Casey Affleck, star of their movie “Manchester by the Sea.”

Lonergan’s piece is entitled “How Connor Aberle and The Argus are Complicit in Slandering Casey Affleck.”

Frankly, this business of damning Casey Affleck because of sexual harassment lawsuits has gotten out of hand. The cases were settled, as Lonergan, no one lost and no one won. Plus, this is entirely different than the Nate Parker story. Parker was arrested and tried– and acquitted– in a court of law. Then he omitted that from his personal history and presented a movie that hinged on a rape.

Here is Lonergan’s letter. I’ve broken it into paragraphs to make it easier to read:

Connor Aberle’s article about myself, Casey, Affleck and Wesleyan’s supposed complicity in condoning sexual misconduct – and worse – by tauting me as a Wesleyan alumn after I won an Oscar last week is such a tangle of illogic, misinformation and flat-out slander that only the author’s presumed youth can possibly excuse his deeply offensive display of ignorance, and warped PC-fueled sense of indignation. His random use of the terms “sexual misconduct” “sexual harrassment” “sexual abuse” and “sexual violence,” as if they were legally or physically interchangeable, only indicates the reckless sloppiness of his thinking.

Never mind what he doesn’t know about the movies and how they are cast: That’s not as important, although it does underline that he doesn’t mind knowing nothing about his own subject.

But frequently dropping the word “alleged,” which grown-up journalists mindful of their own vulnerability to libel suits are careful to include when they compose equally wrongheaded pieces on this subject, he writes as if Casey Affleck were actually guilty of a crime.

In fact, it was alleged 7 years ago, in a civil lawsuit for breach of contract, that Casey sexually harrased two women formerly in his employ. Casey denounced the allegations as being totally fabricated. Like most civil suits, this one was settled out of court by mutual consent on undisclosed terms. In other words nothing was proved or disproved. So how does Mr Aberle dare to write as if he knows who was telling the truth and who was not? Anyone can sue anyone for anything in this country; the unsubstantiated details go in the public record and stay there.

Somebody as interested in actual as opposed to merely vocalized social justice as Mr Aberle presumably is, should unwind his tangled, immoral chain of reasoning and start over at the fundamental precept that an allegation is not an indictment. Nor can it be treated as such by any ethical person living in a democratic society supposedly based on the rule of law. Anything less vigilant exemplifies a disjointed abuse of morals and reason which those of us on the Left like to imagine exists only on the Right. I wish it were so.

But I do hope that Mr Aberle is capable of taking a much harder look at the merits of his own arguments before he decides to air his views in public again.