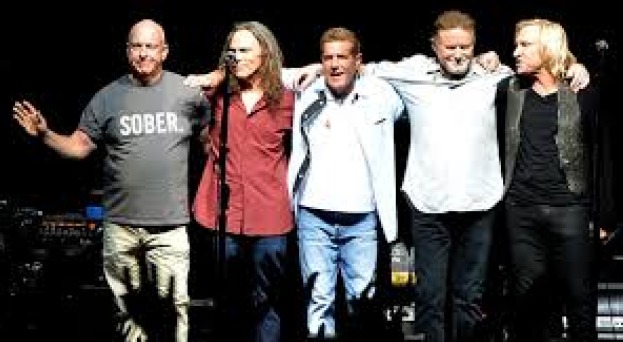 The Eagles are back.

A year ago almost to the day, Don Henley confirmed that the super group were done following the death of co-founder Glenn Frey. “I don’t think you’ll see us performing again…I think that was probably it,” Henley said to BBC2 Radio. The group re-formed last December for their Kennedy Center induction, and that was supposed to be it.

But now their superstar manager Irving Azoff is reportedly putting together two mega shows, in LA and NY, for the Eagles and Fleetwood Mac. Yes, Fleetwood Mac, another group that was supposedly done.

Azoff has no doubt had his eye on creating his own “Desert Trip,” the mega concert last fall in Indio, California aka OldChella. Azoff is the only one who could mount such a thing, and I’m sure he’s got some other ideas for these July shows as reported by the L.A. Times. The shows would be at Dodger Stadium one weekend, and CitiField in NY the next. Azoff could add Sting and Earth, Wind & Fire, maybe Steely Dan, and knock out Desert Trip’s October plans. Very clever.

I don’t begrudge the Eagles anything, plenty of groups like The Who and The Rolling Stones have gone on playing after deaths of founding members. But this didn’t take long, did it? We’ll just have to take it easy.