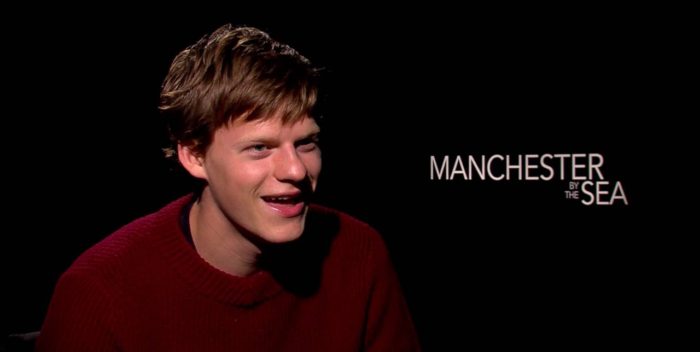 Exclusive
What I’m hearing: Oscar nominee Lucas Hedges is going to star in Jonah Hill’s directing debut “Mid 90s.” The deal is as good as done.

The project was announced almost a year, with a script written by Jonah. Michelle Williams was already announced.

But now we get a clearer picture. Williams and Hedges were each Oscar nominees from “Manchester by the Sea.” And even though Lucas is 20 and Michelle is 36, they will likely play mother and son.

The story is based on Jonah Hill’s brother, Jordan Feldstein, who now manages Maroon 5 and is a big success in the music management field. “Mid 90s” is about his beginnings as a skateboarder and a hustler (business type), a Sammy Glick.

Of course, tall, blonde, lanky Hedges bears no resemblance to the more zaftig Feldstein in real life, but that won’t matter. A New Yorker, Hedges pulled off being from the north shore of Boston (or ‘nawth shaw’). And he’s been around show business enough to know the type. And this is back when Feldstein was a skateboarder.

Feldstein is a larger than life character. I saw him get into a huge fight with Sharon Osbourne a couple of years ago at Clive Davis’s pre-Grammy dinner. He scared the heck out of Miley Cyrus and Taylor Swift. Osbourne wound up throwing a full wine glass at him after she thought he insulted one of her kids. But that’s rock and roll, kids! Hopefully Jonah has made the teen Jordan more sympathetic!

(And yes, Feldstein was also married for a week in November 2013 to Clint Eastwood and Frances Fisher’s daughter, Francesca. The marriage was instantly annulled. These days Francesca is dating actor Clifton Collins Jr.)

So let’s see what happens here. I’m already intrigued that “Mid 90s” will be Jonah Hill’s “Almost Famous.” I hope it all happens.